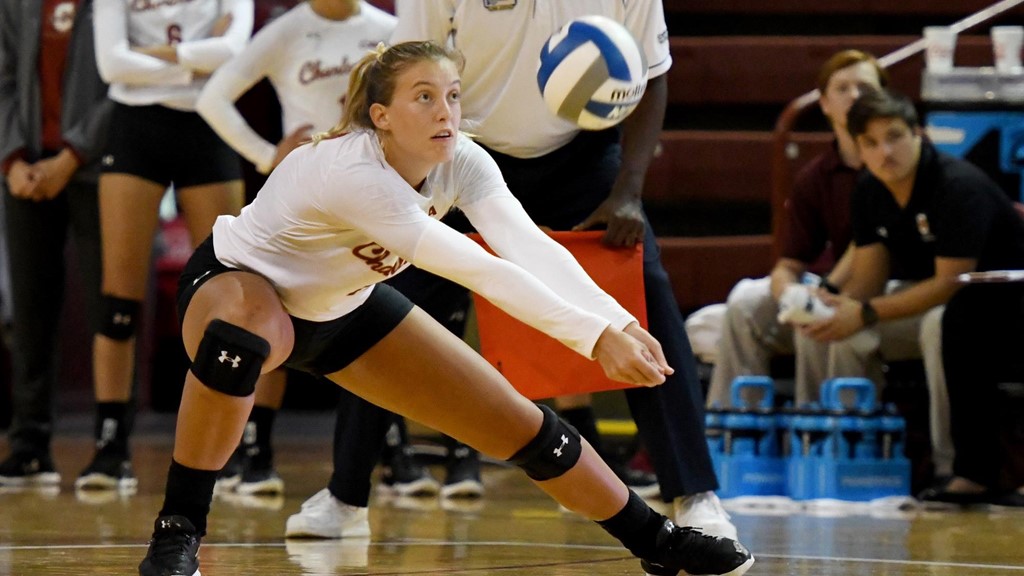 Devon Rachel, Charleston
Senior | Outside Hitter | Louisville, Ky./Mercy Academy
Though the Cougars played just one match last week, Rachel took advantage and put down a career-high 30 kills in Charleston’s 3-1 win over UNCW. 11 of her 30 kills came in the fourth set and she set a program records for kills (30) and attempts (66) in a four-set match. The senior finished the match with seven digs, three blocks and a .379 hitting percentage while also becoming the ninth player in program history to record both 1,000 kills and 1,000 digs in her career.

Congratulations to senior outside Devon Rachel, who has been named @CAASports Offensive Player of the Week for the third time this season!

Maddie Jaudon, Elon
Senior | Libero | Batavia, Ill./Batavia
Elon’s senior libero recorded 73 digs at a rate of 6.08 per set, 11 assists and four aces to help lead the Phoenix to a 3-0 week. She reached double-digit digs in the three matches and recorded 31 digs against both UNCW and Delaware. Against Delaware, she eclipsed 1,800 career digs to move into third on Elon’s career leaders list.

Aisha Skinner, Hofstra
Freshman | Right Side | Berlin, Germany/SLZB
Skinner led the Pride offensively to a 2-1 week, including a win over a James Madison team which suffered its first loss in league play. Skinner tied her career-high with 19 kills against Towson on Friday and added nine digs. The freshman had 11 kills and 14 digs in the Pride’s road sweep of Northeastern on Wednesday to account for her eight double-double of the season. Against James Madison, Skinner tallied 10 kills, seven digs and seven blocks. The seven blocks marked a new season-high for Skinner.