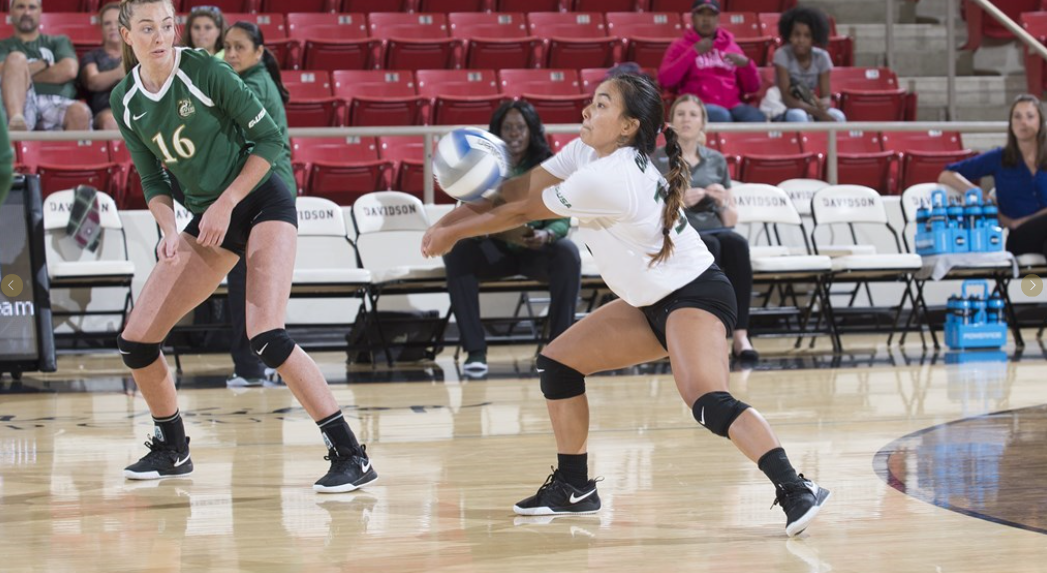 Already the school record holder in season digs with 617, Charlotte's Yumi Garcia etched her name atop the match-record list in saves with 44 against Davidson on Tuesday. Current Photo via Charlotte Athletics

Already the school record holder in season digs with 617, Charlotte’s Yumi Garcia etched her name atop the match-record list in saves with 44 against Davidson on Tuesday. The dig tally is the highest in the nation thus far in 2018.

ICYMI: Need to dig something out? Just ask Yumi Garcia! Last night, the junior demolished the school record with 44 digs at Davidson! Just another of many records taken down by Yumi!

Garcia’s previous best of 35 digs came against Bethune Cookman on Sept. 1, 2017, one of four 30+ dig efforts for the then sophomore.

The reigning Conference USA Libero of the Year and AVCA South All-Region and All-Conference USA first team honoree pulled up 5.27 digs per set in 2017, including 30 double-digit efforts. She notched 617 saves to best Carly Romberg‘s season record of 571 set in 2008.

After each team won a deuce set and a blowout, the match came down to Set 5. Davidson took a quick 9-3 lead and Charlotte never covered. Trailing 14-8 after back to back kills by Mason Rooney gave Davidson a match-point try, the 49ers rallied to within three with kills by Reeana Richardson and Tyra Galloway and a stuff by Galloway and Jannelle Curtiss. Davidson called timeout and finished the victory on a stuff by Rooney and Ellie Crosley.