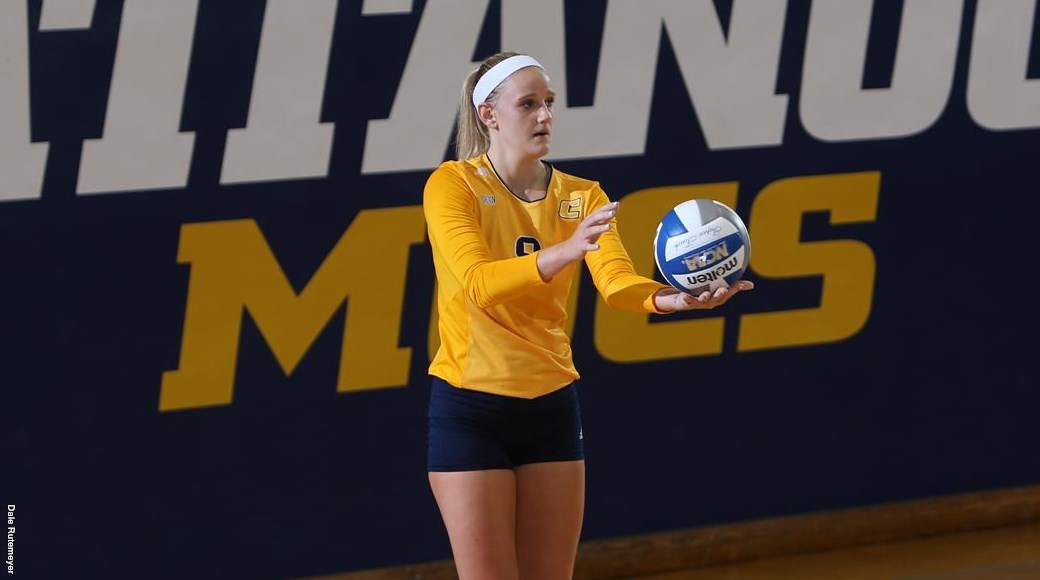 University of Tennessee at Chattanooga alum Allie Davenport ('16) has signed a professional contract with Lunds VK Volleyball Club out of Lund, Sweden for the upcoming season Current Photo via Chattanooga Athletics

University of Tennessee at Chattanooga alum Allie Davenport (’16) has signed a professional contract with Lunds VK Volleyball Club out of Lund, Sweden for the upcoming season.

Lunds Volleyball Club plays out of the Swedish Volleyball League, Elitserien, and is the largest indoor volleyball club in Sweden. Elitserien’s Swedish segment is a ten-team league and competes from October to April.

“We are thrilled to have signed Allie Davenport to our team and club,” said Lunds VK General Manager Stefan Sjostrom.

“Allie will be a very important player both on and off the court with her skills, drive and passion, in helping us taking the next step in our program.”

During her time at UTC, Davenport finished her career ranked fifth in program history in total attacks (3,553), eighth in total kills (1,065) and 11th in kills per set (2.74). She earned All-SoCon First Team honors during Chattanooga’s historic 2015 Southern Conference regular season championship run where the Mocs finished 26-6 overall and 13-3 in league play.

“Allie is a competitor and she has worked hard on her craft for a long time, so I couldn’t be more excited for her to continue her volleyball career professionally,” said head coach Travis Filar.

“I knew when I recruited her she would have opportunities to continue playing after her time at UTC, and give her the credit, it is something she has wanted to do for a long time.

“She has made it happen through an outstanding career as a prep player in the Atlanta area at Sandy Creek HS and A5 Volleyball Club, here at Chattanooga as a conference champion and all-conference performer, and in England the last year as a post-grad student-athlete.”

Davenport has been continuing her playing career in Europe after graduating from UTC in 2016. She has been studying and playing at the University of East London in England for the last year and a half as a post-graduate student-athlete. While at UEL, she has been pursuing a Master’s Degree in Media, Communications and Global Development and is expecting to finish the degree in September.

A Division I school in the BUCS (British Universities and College Sport) League, Davenport helped lead UEL to a third-place finish across all of the BUCS. She also played for the undefeated, division-champ Mallory Eagles club in the NVL (National Volleyball League). The Eagles dropped only three sets during the entire season.

Filar added on Davenport’s success, “I am so proud of her that she is not only getting her Master’s degree, but that she has achieved an incredible dream of hers to become a professional athlete. I know that Lunds VK is gaining an incredible and confident 6-rotation outside hitter, a go-to presence and player on the court, but most importantly they are getting an individual who has grown so much as a person, and I can’t wait to follow her success in Sweden.”

About Lunds VK Sweden
Lund’s Volleyball Club is the largest indoor volleyball club in Sweden, where the age of our active members ranges from 3 to 72 years old. Our top women’s and men’s teams have been playing in the Swedish Volleyball League (Elitserien) over the last couple of seasons. The goal of our club is to create a solid top level program within the next few seasons and the club has been and continues to work hard to set the foundations right from the very beginning.