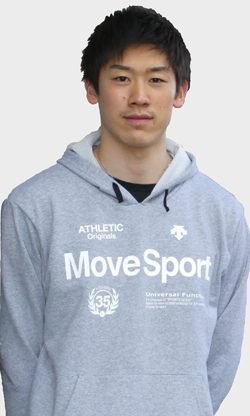 Young Japanese superstar Yuki Ishikawa has finally turned professional after graduating from Tokyo’s Chuo University this past March. Ishikawa has been in the Japanese national roster since 2014, when he was 18 as a freshman at Chuo University. While at Chuo University, Ishikawa had three stints in the Italian Men’s Serie A Volleyball League. One stint was with Modena Volley from December 2014 through March 2015, whereas he spent the other stints at Top Volley Latina in 2016-2017 and 2017-2018.

Ishikawa was still a college student and each of his trips were considered by his university and the Japanese College School Volleyball Federation as foreign exchanges as they were short term in nature (3 months, excluding this past season with Latina which was 4-5 months depending on when he left Italy). Ishikawa would play in the fall with Chuo University in their Kanto (Tokyo metropolitan area) Universities Volleyball League matches and then go to Italy as an exchange student after the All Japan Intercollegiate Volleyball Championship, that plays at the end of November and the beginning of December. Chuo University had not won the Intercollegiate Volleyball Championship since 1996, but as a freshman Ishikawa helped Chuo win the title in 2014. Chuo would go on to win in 2015 and 2016. Chuo looked at a four-peat last December, but lost in the semifinal to the University of Tsukuba and eventually finished third. Ishikawa received the Best Scorer and Best Spiker Awards in the 2017 tournament. His Chuo University and national teammate Issei Otake also played as an exchange student in Germany this past year for United Volleys Rhein-Main.

After having had success in the Japanese college game, and some professional experience in Italy, in April Yuki Ishikawa signed a contract with Japanese apparel supplier Descente as a player advisor. Many Japanese apparel companies have these type of contracts with baseball, soccer and volleyball players. Ishikawa will help develop products for volleyball and cross training for Descente. For Ishikawa, he said in the company’s press release that he had worn Descente going back to high school and also with Chuo University and that their goods helped him grow as a player.

Ishikawa at present is a free agent and is actively looking for his next professional team. My bet is that he is looking to continue in Italy given his experience with the league and the culture. Additionally, he wants to play in a challenging league in anticipation of making the Japanese national team roster for the 2020 Tokyo Olympics.