Chaumont Will Be Without Leading Scorer Stephen Boyer In Playoffs 12 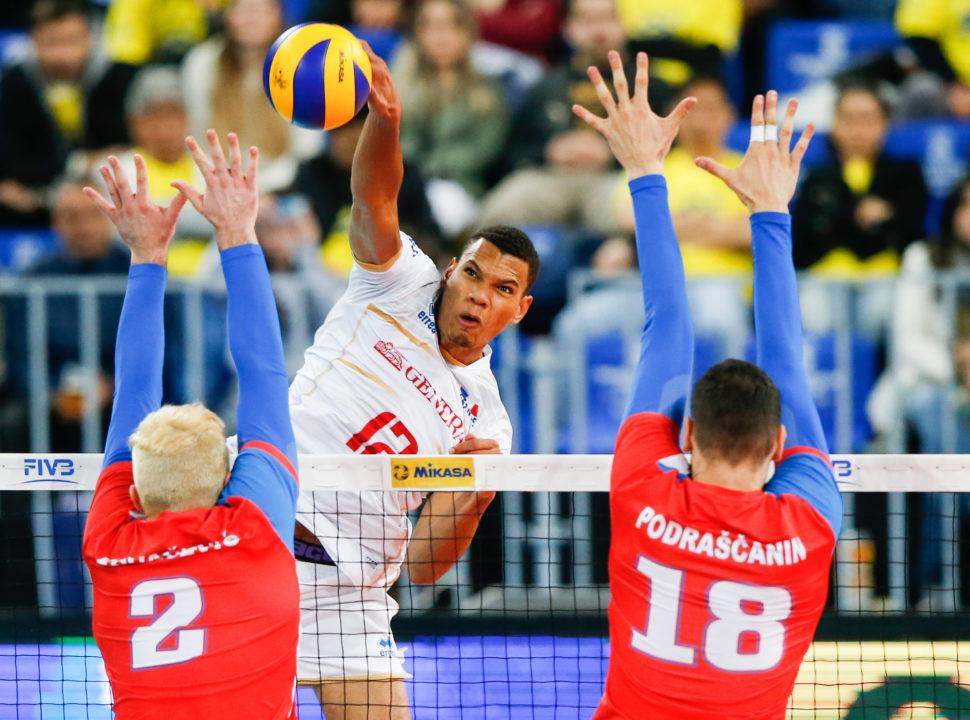 Chaumont Volley 52 Haute-Marne will be without their star hitter, Stephen Boyer come their first match of the Playoffs 12 in the Champions League due to an injury.  Current Photo via FIVB

Chaumont VB 52 Haute-Marne will be without their star hitter, Stephen Boyer come their first match of the Playoffs 12 in the Champions League due to an injury.

Boyer suffered an injury to his calf, which was originally thought to be cramping but after a series of tests, it was confirmed that he was in the beginning stages of tearing a muscle in the calf. With this, Boyer will sit out for a few days to let the injury rest.

Through all phases of play in the Champions League, Boyer sits as the #2 scorer and on the team in the competition with 130 points scored so far. This comes through 6 matches played and 27 total sets for an average of 4.81 points per set.