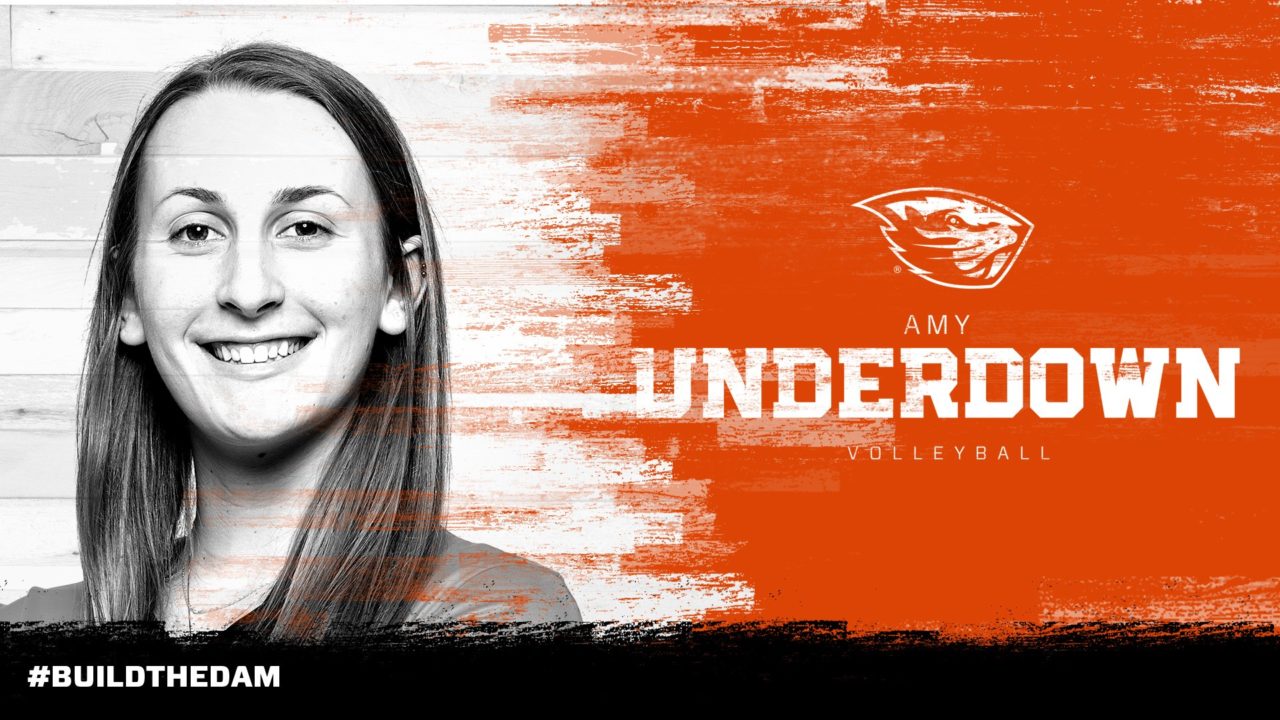 Former Northeastern star outside hitter/middle blocker Amy Underdown is transferring from the program to attend Oregon State. The 6’1″ Underdown will be a junior come 2018 with immediate eligibility, allowing her to play right away in the fall.

“Amy is a very important piece of our recruiting puzzle for our 2018 class,” Oregon State head coach Mark Barnard said in the team’s press release. “She is a proven performer at the college level and honed her skills at one of the top junior clubs in the country, 951. She is a powerful hitter with all the skills to play in all six rotations.”

It’s the second transfer addition for Oregon State now, who also is tacking on setter Montana Gubrud from the junior college ranks. That will help them overcome the loss of their own transfer departure in setter Kylee McLaughlin, who is headed to Oklahoma. The Beavers went 21-12 (11-9 Pac-12) in 2017, en route to an NCAA Tournament appearance.

The loss leaves Northeastern with still seven players between the middle blocker and outside hitter position groups on pace to return for 2018. They finished 2017 with a 17-13 mark and a 10-6 record in the Colonial Athletic Association.