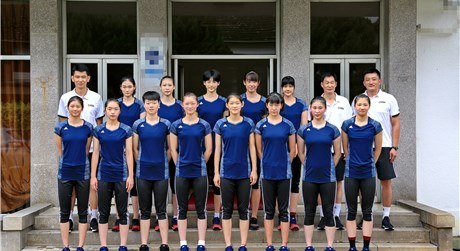 With the 2017 FIVB U18 Girls' World Championships beginning tomorrow, China has announced their finalized roster for the event.  Current Photo via FIVB

With the 2017 FIVB U18 Girls’ World Championships beginning tomorrow, China has announced their finalized roster for the event. The average age of the players is 16 years old, with Yunyi Zhong as the oldest at 17 and He Tian the youngest at 15.

This will be the first time that China will partake in the World Championships, as the Chinese just formed their U18 team in 2016. Since then, they participated in the 11th Asian Girls’ U18 Volleyball Championship, where they garnered the silver medal. Ahead of them was Japan, who has topped the podium at the event for the past six events.

The players selected onto the team were chosen from 10 different clubs around the Chinese nation.

In the preliminary rounds, China will face off against Turkey, Japan, Peru and the Dominican Republic. The match up against Japan will be a tough rematch for the Chinese, as they will look to prove themselves in the match.