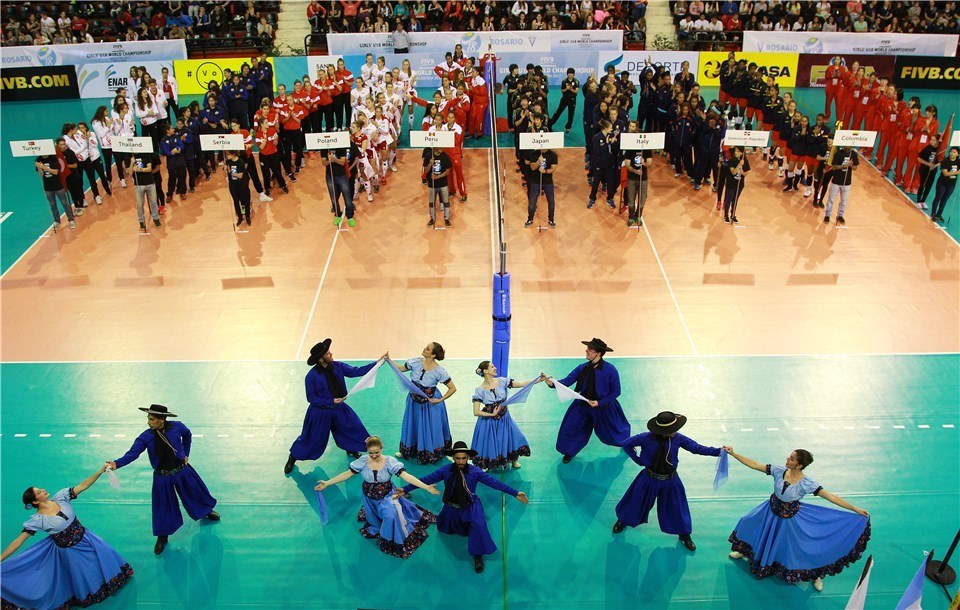 Youngster will battle it out in Argentina Archive Photo via FIVB

With the 2017 FIVB U18 Girls’ World Championships beginning tomorrow, China has announced their finalized roster for the event. 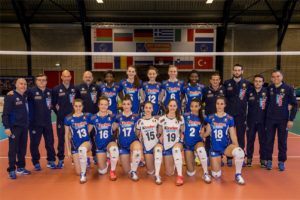 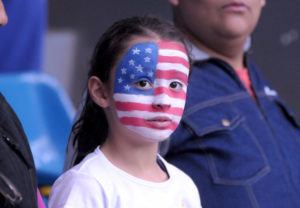 The defending medalists from the 2015 edition of this meet, Italy the United States and China, didn’t see action on the first day of the 2017 FIVB U18 World Championships. There were still a few early upsets, though, most notably a 3-0 sweep by Belarus of Brazil – the latter a team that has been challenged to put together U18 teams as strong as their more senior squads.

The hosts Argentina started their tournament with a win, a 3-1 affair over Germany that included a dominant 25-14 closer in the 4th set.

In each of the 5-team groups, 4 will advance to the round of 16 with an opportunity to advance to the medal matches. That means a single win is a big boost to, and two wins virtually guarantee, advancement from pool play.

The tournament’s parity showed with its first game, as Belarus opened up with an astonishing win against South American Champions Brazil. The team debuted with solid play en route to a 3-0 (25-18, 26-24 and 25-14) victory. The game was one sided, as Belarus lead by as many as 10 points in the third set. Tatsiana Kholad scored a total of 16 points and Vera Kastsiuchyk scored 12 for the European squad. Julia Isabelle Bergman was the high scorer for Brazil with a lowly 9 points.

Two teams that were once volleyball powerhouses not in the so distant past battled it out in game two. Japan beat Peru 3-0 (25-23, 26-24, 25-18) after an 18 point performance by Yuki Nishikawa and a 17 point performance by Haruna Soga. Japan flashed its famous, albeit historic, defensive skills from the get go, pushing at the end of the first two sets to get out narrow wins. The third set was easier, as Peru didn’t have enough energy to hang with the Japanese. 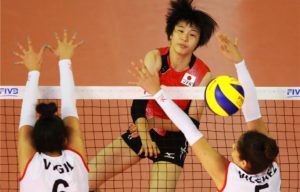 It is always fun to get to know the future players of dominant teams like Russia. For their game against Mexico, a 3-0 win (25-18, 25-14 and 25-13), youngster Oxana Yakushina paved the way with 20 points. It was a very one sided affair, even though Mexico showed some grit in the first set trying to hang with the dominant Russian squad. Polina Shemanova added 12 points to Yakushina’s dominant debut, while Mexico’s team high was a lowly seven points by Uxue Guereca. 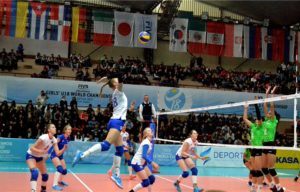 Two rising teams in the senior circuit, Turkey and the Dominican Republic went at it at the tournament’s fun packed first day. Turkey prevailed in the only 3-1 (25-21, 18-25, 25-16, 25-14) game of the day behind stellar play from Ebrar Karakurt. The Turkish youngster scored a whopping 25 points. Dominican Madeline Guillen had a respectable 19 points for her side. Turkey won a narrow first set at 25-21, which was motivating enough for the Dominicans to charge at the second set for a 25-18 win. The attack duel lost its intensity at the third and fourth set, as Turkey just had more firepower to take home the victory. 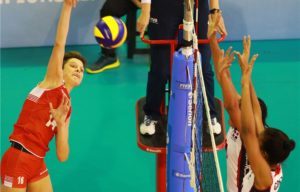 Slovenia defeated Korea in a one sided (25-16, 25-18, 26-24) 3-0 win. Nika Cigale led the balanced Slovenian scorers with 11 points, while Yesel Lee scored 10 for the South Korean squad. Slovenia dominated all aspects of the game, as South Korea committed too many mistakes, gifting their opponents with 27 points in errors. Slovenia fought off a late surge in the third set by the South Koreans en route to an easy three set sweep. 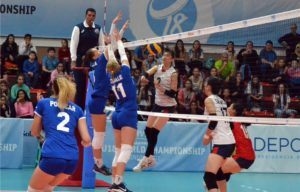 Poland and Colombia battled it out in a weird game. Poland won 3-0, but when was the last time we got to see set scores of 25-23, 25-7, and 27-25? The first set was a nail biter, as Poland allowed Colombia to keep close at the score by committing too many errors. The close set loss must have knocked the wind and motivation off the Colombians, as they started the second set 10-1 and went on to lose it by a colossal 25-7 margin. Colombia’s coach must have said some pretty harsh words to his players, as they came back to the third set leading 21-17, but were ultimately beaten 27-25. Aleksandra Gryka and Zuzanna Gorecka scored 12 and 11 points respectively for the Polish side, as Ana Olaya scored a team high 8 points for the Colombia squad. Poland also had a comfortable 14-3 lead on service points. 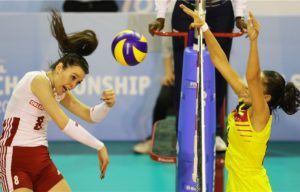