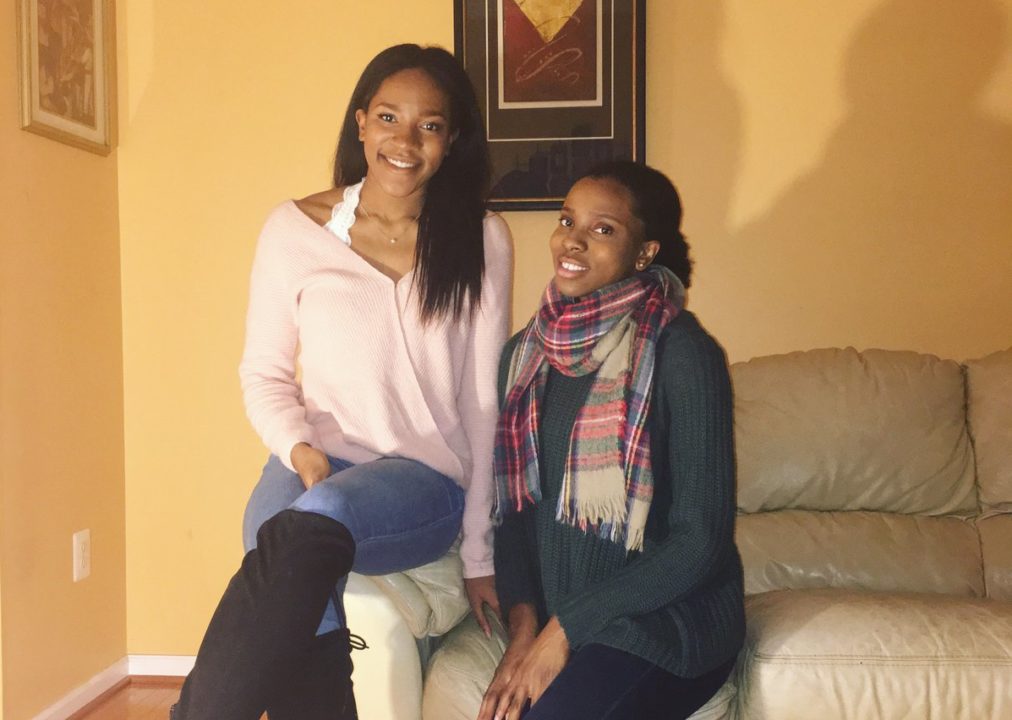 NC State freshman Pam Chukwujekwu will have the unique experience of facing off against her sister, Amaka, on Friday night when the Wolfpack takes on Boston College.  Current Photo via NC State Athletics

First serve of Friday’s match against the Eagles is set for 7:30 p.m. inside Power Gym, while Sunday’s contest is set for 1 p.m. versus the Orange inside the Women’s Building. Both matches will be broadcast live on the ACC Network Extra, accessible through Watch ESPN and the Watch ESPN App.

NC State heads into the weekend with a 9-9 overall record and a 3-5 ledger in ACC action, while Boston College is 12-8 and 2-6 in league matches with Syracuse owning a 10-6 overall mark and 6-2 clip in conference play.

In its last outing, the Wolfpack went toe-to-toe with sixth-ranked and undefeated Pittsburgh but came up short, 3-1. NC State handed the Panthers just their third set-loss in ACC play this season with the 25-22 second-set win. In total, the Pack’s three set-losses were by a combined 10 points.

The Wolfpack also recorded a season-high 17 blocks versus the Panthers, which is the second most that Pitt has allowed to an opponent this year. That mark is also the fifth most by an ACC team this season and the second most in a four-set match.

Battle of the Chukwujekwu Sisters

NC State freshman Pam Chukwujekwu will have the unique experience of facing off against her sister, Amaka, on Friday night when the Wolfpack takes on Boston College. Amaka is a sophomore middle blocker and right-side hitter for the Eagles.

NC State has played 46 sets this season that have been decided by five or fewer points with the Wolfpack winning 22 of those sets. In perspective, the Pack has played 71 total sets in its 18 matches on the year, so nearly 65 percent of sets have been determined by only a few points.

The Higher, The Better

The Wolfpack is a perfect 8-0 on the year when recording a higher team hitting percentage than its opponents.

Senior Kylie Pickrell recorded a pair of pineapples, which is an attack from the setter without looking at the target for deception, over the weekend and was awarded the No. 3 play of the week by NCAA Volleyball.

She had one against Virginia last Friday and one versus No. 6 Pittsburgh on Sunday.

For the season, NC State volleyball has had a top play three times, as Kaylee Fraizer made a great kick save against Miami that was the No. 4 play on Oct. 9. The Wolfpack had a rally last nearly a minute in its match against Louisville, which included 46 touches, and was voted the No. 1 play on Sept. 25.

Friday’s match will be NC State’s first visit to Boston College since Nov. 6, 2015, when the Wolfpack fell to the Eagles, 3-1. This will be third-year head coach Linda Hampton-Keith’s first trip to Chesnut Hill, as both meetings under her leadership have come in Raleigh.

Boston College is in its first season under the direction of Jason Kennedy, who took over the program after serving the previous two seasons as associate head coach at Southern California. Kennedy has led the Eagles to a 12-8 overall mark, including a 6-2 record in home matches.

The Wolfpack leads the all-time series with the Eagles, 11-9, and Hampton-Keith is 2-0 versus the squad.

Cat Balido leads a balanced BC offense with 2.70 kills per set, while Clare Naughton has put down 2.36 kps. At setter, Jane DeJarld and Maddison McKnight have split time with the former handing out 5.93 assists per set and the latter 4.12 aps. Defensively, libero Makenzie Morrison has collected 4.14 digs per set.

The Eagles have tallied a .218 team attacking percentage and limited opponents to a .178 clip.

NC State last traveled to Syracuse in 2016 when the Wolfpack earned a 3-0 sweep. Then sophomore Teni Sopitan led the Pack in that contest with a match-high 14 kills on 24 attempts with only one error to record a .542 attacking percentage.

The Syracuse Orange have enjoyed a nice start to the 2018 season, as they are 10-6 on the season with a strong NCAA RPI at No. 31. With a win on Sunday, it would be NC State’s best win of the season based on the RPI.

In its last outing, Syracuse jumped out to a 2-0 lead in the match against Florida State before the Seminoles rallied to win the contest in five sets, 3-2. The ‘Cuse defeated Miami, 3-1, last Friday.

NC State and Syracuse have met 11 times in the history of the programs with the Wolfpack owning a 9-2 advantage in the series, highlighted by winning five of the last six and three consecutive.

The Orange lead the ACC and rank seventh nationally with 2.90 blocks per set as a team. Redshirt senior middle blocker Amber Witherspoon ranks fourth in the conference and 24thin the NCAA with 1.38 blocks per set. ACC Freshman of the Week Polina Shemanova leads the team offensively with 292 kills, averaging 4.42 kills per set. Syracuse also runs a 6-2 system with Jalissa Trotter and Elena Karakasi handling the setting duties.

Syracuse has compiled a .237 team attacking percentage, while limiting opponents to a .225 clip.