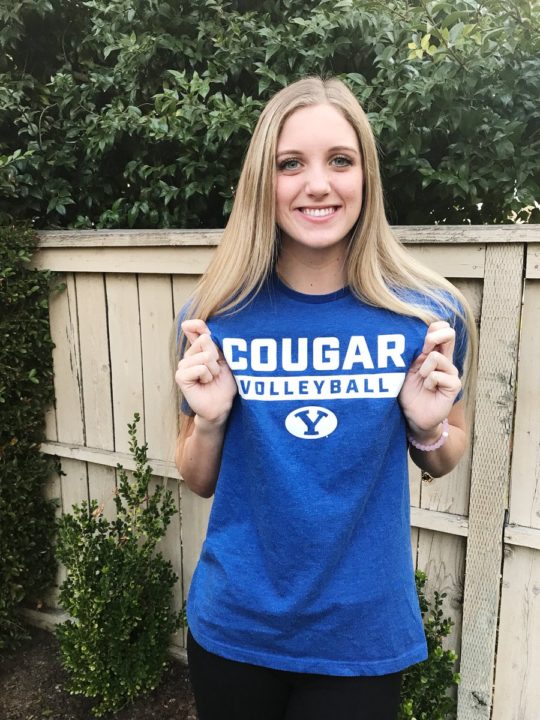 An attendee of Santiago High School in Corona, California, Anderson helped her team to a 32-7 and 10-0 league mark this year. The Sharks wound up making the second round of the 2017 CIF State Girls Volleyball Championships.

On the club side of things, Anderson plays with Forza 1 Volleyball – specifically the Forza 1 North 17 Under Armour team. Video of her play can be seen below via YouTube:

BYU is fresh off of a 30-3 season in which they won the West Coast Conference (WCC) and made it to the Sweet 16. They have two middle blockers returning in 2018 (who will be a junior and senior in 2019) along with three opposites (who will be a senior and juniors in 2019 to join Anderson).

Super excited to announce that I verbally committed to BYU to play volleyball and continue my academic career. I would like to thank my coaches, family, and everyone for supporting me! Go Cougs!!!?? pic.twitter.com/DYNPBuZHJY