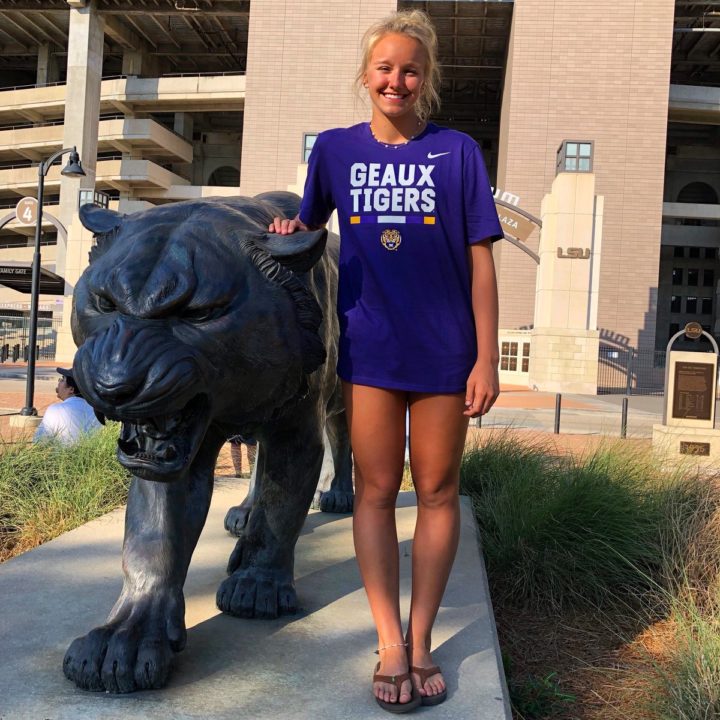 Martin, who also plays with Texas Advantage Volleyball Club, owns a 7’5″ standing reach, a 9’3″ block touch and a 9’7″ approach jump according to her NCSA recruiting page.

Additionally, Martin has plenty of prep experience in the sand. Highlights from her play at the 18U Rox Series Qualifier from October of 2017 can be seen below:

The LSU Beach volleyball team is coming off of a 27-14 season in which they one a match in the NCAA Tournament and finished the year ranked sixth in the AVCA Coaches Poll.

Sometimes in life God calls on us to change our plans. I’m so grateful to announce that I’ve committed to play beach volleyball at LSU. I cannot thank God enough for this opportunity! #GEAUXTIGERS💛💜🐯🐯🐯 pic.twitter.com/UzVBhXlWQm