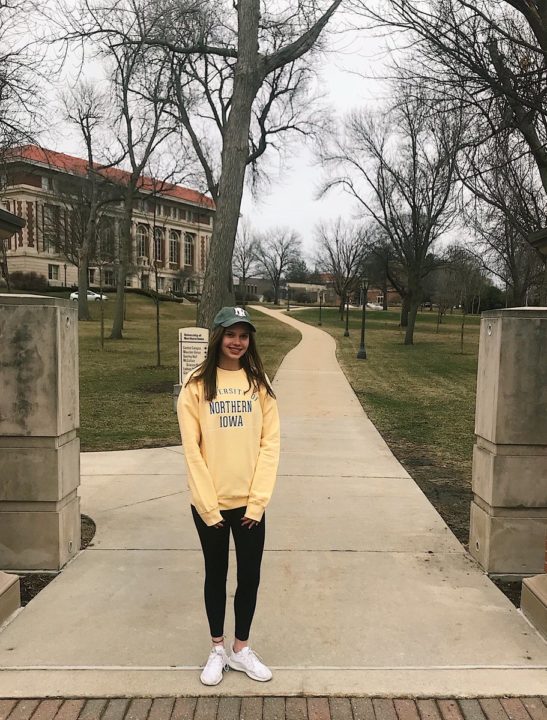 Class of 2020 setter Tayler Alden has committed to Northern Iowa, allowing her to join the same conference as her sister. Archive Photo via Tayler Alden twitter (@tayleralden)

Class of 2020 recruit Tayler Alden has landed with the Northern Iowa women’s volleyball program as she has announced her commitment via Twitter. A 6’0″ left-handed setter (and occasionally right side), Alden will join the Panthers for her first season in the fall of 2020.

In fact, Alden won’t be the only family member playing Division I in 2020. Her sister, Lexi Alden, was a freshman at Maryland who recently transferred to Loyola Chicago for her second season ahead in 2018. That would make her a senior in 2020 when Tayler gets to Northern Iowa. Sure enough, both schools are in the Missouri Valley Conference to where they would play at least twice.

She posted similar numbers in year one of varsity as well when she was named to the MaxPreps Underclass All-American Team. She has also earned several All-WVCA honors between her time as a freshman and sophomore.

Northern Iowa is coming off of a 27-9 season in which they went to the NCAA Tournament’s second round following a win over Louisville. One of their setters exhausted her eligibility after the 2017 season with their other from last year’s roster graduating after 2019. They also are adding a freshman setter this season, but that means Alden is on par to join the Panthers right now as the second setter in 2020 with another who will be in her third year.

So excited to announce my verbal commitment to the University of Northern Iowa. Go Panthers! pic.twitter.com/hYGRbjJuv6