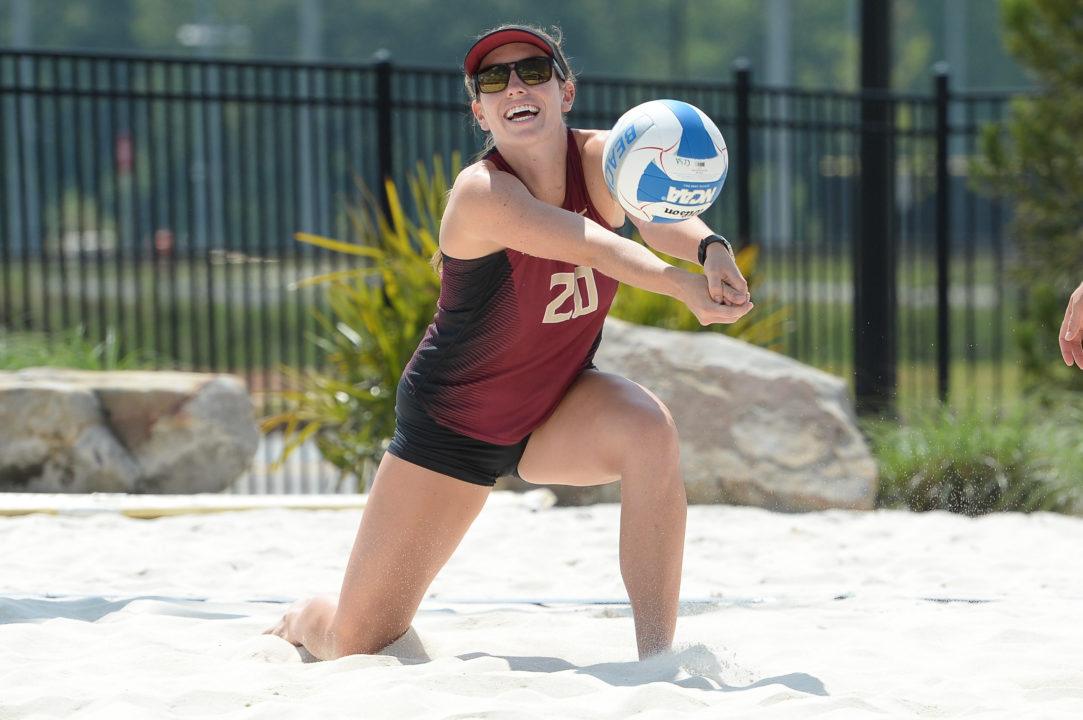 USA Volleyball has announced the eight teams in the NCAA Beach Volleyball Championship in Gulf Shores, Alabama each receive an invitation for one pair to compete at the USAV Collegiate Beach Championships from May 11-13. Current Photo via Todd Drexler, CCSA Photos

USA Volleyball has announced the eight teams in the NCAA Beach Volleyball Championship in Gulf Shores, Alabama each receive an invitation for one pair to compete at the USAV Collegiate Beach Championships from May 11-13. On Wednesday, May 3, USA Volleyball will release the 24 pair women’s bracket and expanded men’s bracket.

On April 30, the eight teams were announced with USC regaining the top spot and are looking to repeat their 2016 national title.

The women’s side of the bracket will include 24 pairs, with no cap to how many pairs from a school can participate. The men’s side was originally an eight pair bracket but will be expanded. Participation in the USAV Collegiate Beach Championships is limited to U.S. citizens, as the winner will earn a spot on the USA Volleyball collegiate beach national team.

The women’s finals match will be aired on NBCSN on May 13 at 6 PM ET, followed by the men’s final on taped delay.

The event is the first of the Team USA Summer Champions Series.