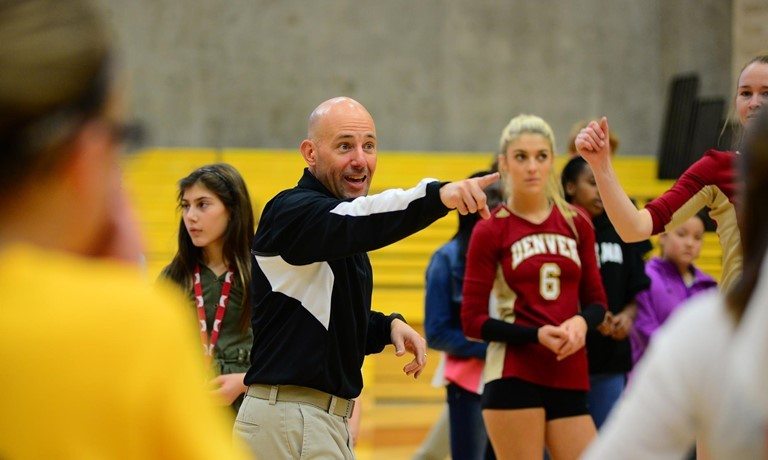 Colorado volleyball coach Jesse Mahoney has announced Eduardo Fiallos has joined his staff as the technical coordinator. He will coordinate... Current Photo via Denver Athletics

He will coordinate all film, video and statistical analysis efforts in both practice and competition settings.  In addition, Fiallos will assist in the development and creation of graphics and video projects used to convey the vision of the volleyball program.

“We are very excited to have Eduardo join Colorado Volleyball in this capacity,” Mahoney said. “His volleyball skill-set and unique experience with data analytics will have a positive impact on our players and our program.”

Fiallos joins the Buffs after spending the last four seasons at the University of Denver. In 2016, he served as the director of operations and from 2013-16, he was a volunteer assistant coach. Fiallos, who coached three seasons with Mahoney at Denver, was part of three straight Summit League Championship teams and three consecutive NCAA Tournament appearances for the Pioneers.

His job responsibilities at Denver covered a wide variety of duties over four seasons. Fiallos was the principal Data Volley scout and statistician and he was heavily involved in video exchange, scouting report creations and opponent scouting. He also managed team travel, equipment, and was the primary administrator for summer camps, among many other responsibilities.

Fiallos has also been involved in the junior club volleyball scene since 1993, starting with Club Cactus Juniors. Most recently, Fiallos served as a recruiting coordinator and technical advisor for Colorado Volleyball Association from 2015-16.

The majority of his club experience has been with Front Range Volleyball Club (2004-2011). In 2004, he was an assistant coach for the 15-1 team that was regional champions and the silver medalists at the USA Volleyball Girls’ Junior National Championship. His 18-1 team in 2006 won the silver medal at the Northern Lights Junior National Qualifier and the AAU Junior National Championship. Fiallos was an assistant coach in 2008 for the Global Challenge team that competed in Croatia and Italy.

Fiallos was born in Honduras and is fluent in Spanish. He graduated from Arizona in 1998 with a bachelor’s degree in biology. Fiallos and his wife Janelle live in Aurora, Colo.