Colorado Set for Stops in Wyoming, Washington in 2018 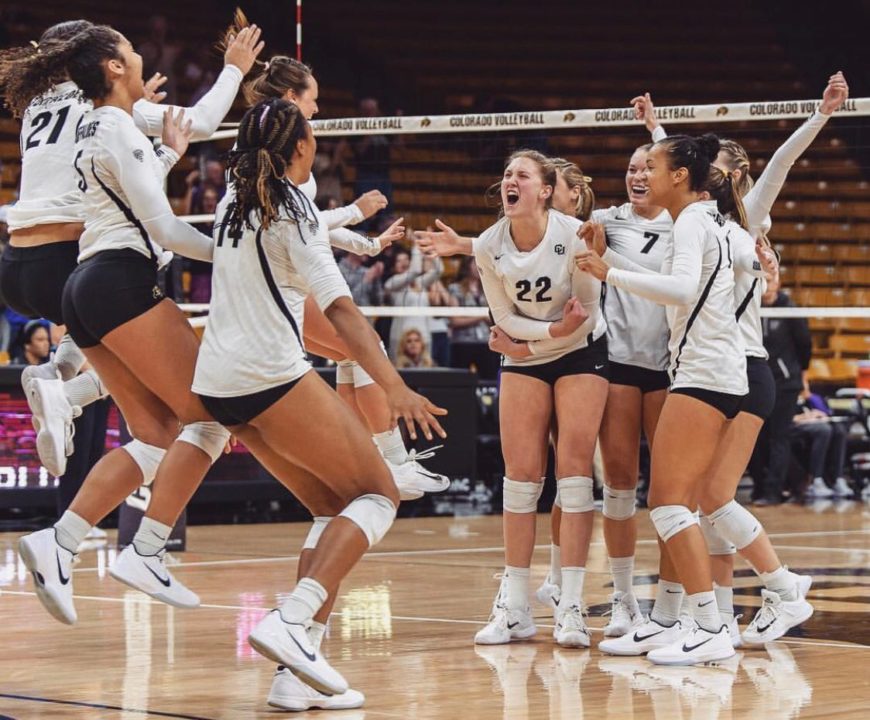 The Buffs will kick off the season in Laramie, Wyo. at the Rumble in the Rockies, August 24-25. CU will face Oral Roberts and North Florida on Aug. 24, before taking on the host, Wyoming, on Aug. 25 at 7 p.m.

The following weekend, CU will take on a pair of Big Ten opponents in Seattle, Wash. in a spin-off tournament of the Pac-12/Big Ten Challenge. The Buffs will face Illinois for the fourth straight year on Aug. 31 and on Sept. 1, CU will face Iowa for the first time since 1991, which was also the only meeting between the two teams.

The home portion of the schedule will open up Sept. 7-8 with Colorado hosting Georgia, North Carolina and Oklahoma at the Buffs Invitational. CU will play the Bulldogs on Sept. 7 and then the Tar Heels and Sooners on Sept. 8.

The final weekend of non-conference play will conclude in Boulder with the Colorado Classic, Sept. 14-15. The Buffs will take on Portland State on Sept. 14, before facing Indiana State the next afternoon. The tournament will wrap-up with an in-state clash against Colorado State in the evening.

The conference schedule will be released later in June once the TV schedule has been finalized. CU will play 10 Pac-12 matches at home.

Colorado finished the 2017 season ranked 19th in the AVCA Coaches Poll after advancing to the NCAA Sweet 16 for the fourth time in school history; the first time in 20 years. The Buffs recorded a 24-10 record, which was the third most wins in a single season, and also tied for fifth in the Pac-12 Conference with a 12-8 mark.

Now that you've had a change to look at the non-conference schedule, hear what @CoachMahoney told @MJBuffsVoice about the first 4⃣ weekends. #GoBuffs
Full Release➡️https://t.co/BcvKaHtpVK pic.twitter.com/XzQzgoafDE