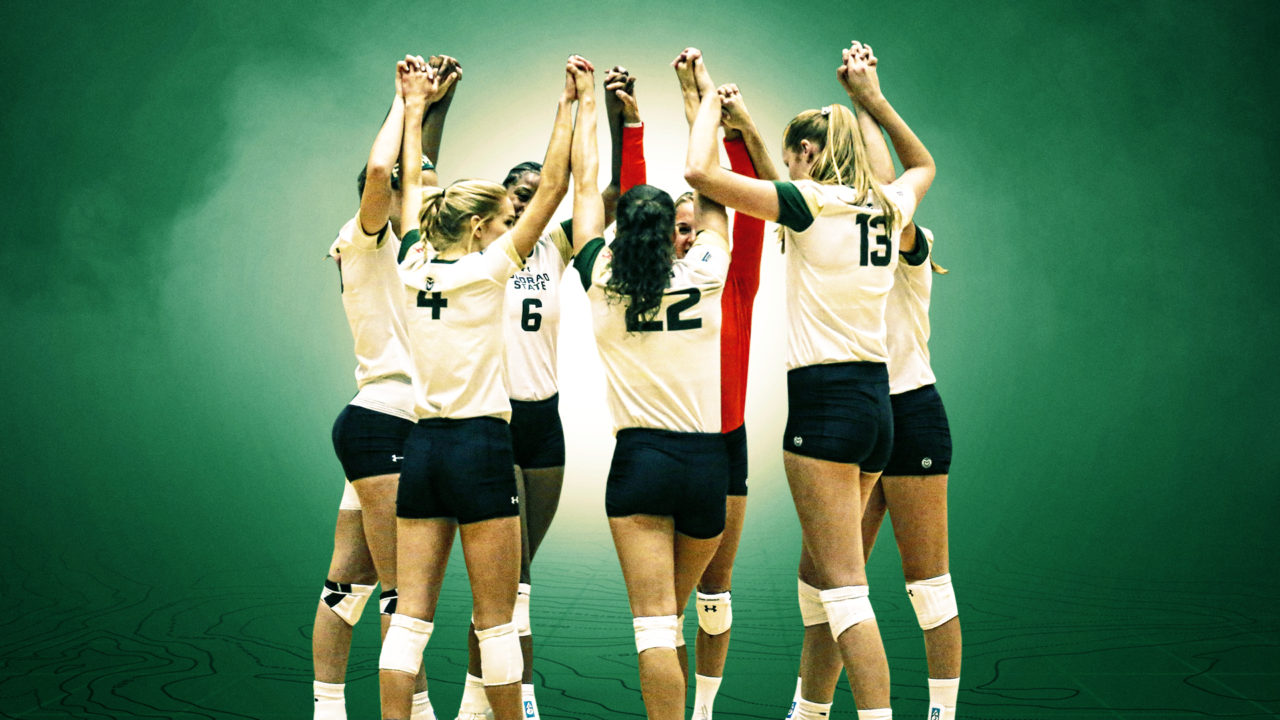 The Colorado State Rams have two top-20 wins so far this season, in spite of an untimely run of early injuries. Archive Photo via Colorado State Athletics

Colorado State has opened their season 8-1, running off 8 consecutive victories after a 2-3 loss in their opener to Duke.

The Rams were ranked 20th in the VolleyMob Week 3 rankings, and should move up again when the new version is released on Monday after a 3-0 win over #17 Michigan at the CSU Tournament, the same score by which the Rams beat Florida State a week earlier.

Colorado State is perennially one of the top mid-major powers in the country and have now qualified for 22 consecutive NCAA tournaments – so for the unindoctrinated who might be reading, their quality is not unexpected.

What is surprising is that they’ve been able to maintain this level in spite of a run of injuries early in the season.

And in spite of it all, the Rams have thrived. Freshman outside hitter Breana Runnels has stepped up, recording 74 kills in the last 5 games, including going for 15-or-more 3 times. Sophomore middle blocker Paulina Hougaard-Jensen has also taken on a bigger load, including 7 block assists and 9 kills against Idaho St. She’s hitting .468 on the season, up from .351 last year.

The Rams as a team are hitting .310 this season, which ranks them 10th in the country (just behind 2016 Final 4 participants Minnesota and Texas). Even without their 2 starting middle blockers, they still rank 18th nationally with 2.91 blocks/set.

This is a young Colorado State team that could be building the way back to the Sweet 16, where they last were in 2014.

Hear post-match highlights from the Rams below: