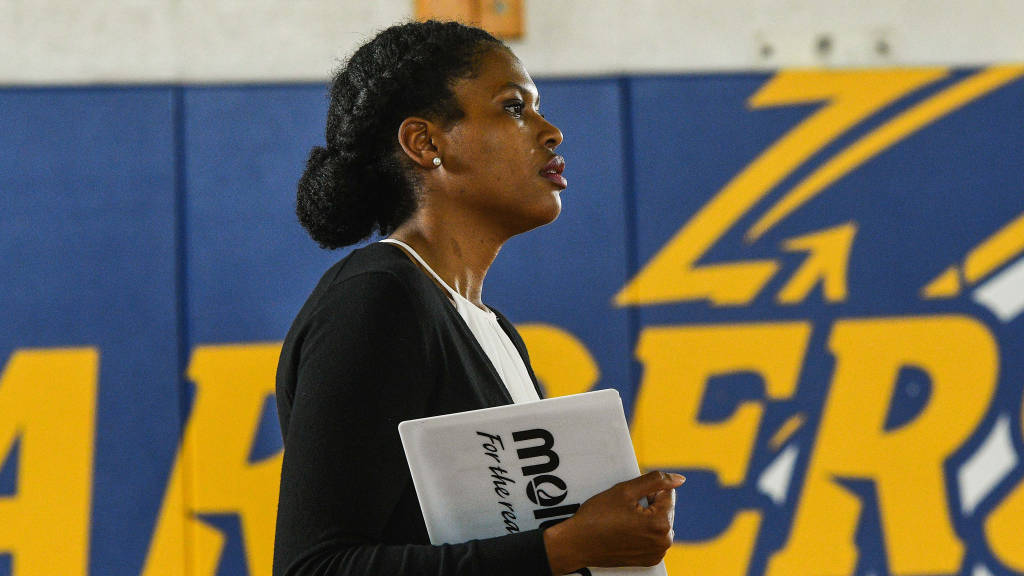 NEW YORK — Columbia volleyball head coach Allison Keeley announced the hire of Amber Cannady as assistant coach on Monday. Cannady played professionally in Spain last season and was the assistant coach at the University of New Haven for two seasons.

“Amber’s coaching experience combined with her playing experience both professionally and collegiately make her perfect for this position,” Keeley said. “She has a passion for motivating student-athletes to make the most of their experience and brings a lot of energy and charisma that will be beneficial to building a winning program.”

In her position, Cannady will serve as Columbia’s recruiting coordinator while primarily coaching middles.

Cannady spent the 2017-18 season in Spain, starting 23 matches for IBSA JAV Olimpico. Her performance helped the team reach the semifinals of the Spanish League for the first time in history.

Prior to traveling overseas, Cannady spent two years on the bench as an assistant at New Haven. She helped coach the Chargers to a Northeast-10 Conference title in 2016 and a semifinal appearance in the NCAA Div. II East Region Championship. The Chargers wrapped up the season 20-9 with an 11-3 mark in conference play.

Cannady’s responsibilities at New Haven included serving as the recruiting coordinator and coaching both middles and opposites. Cannady’s 2017 recruiting class included the NE-10 Rookie of the Year, while the Chargers went on to capture another NE-10 title, the NCAA Div. II East Region Championship, and advanced all the way to the quarterfinals of the national championship.

Over her career, Cannady was a part of three Northeast-10 Championships, four NE-10 regular season championships, four NCAA postseason appearances and a trip to the 2012 NCAA National Quarterfinals. Cannady finished her career ranked fourth in blocks per set (1.25), fifth in block assists (353), sixth in total blocks (471), eighth in attack percentage (.300), ninth in solo blocks (118) and 10th in matches played (109).

Originally from Yonkers, Cannady graduated from New Haven in 2014 with a degree in psychology.