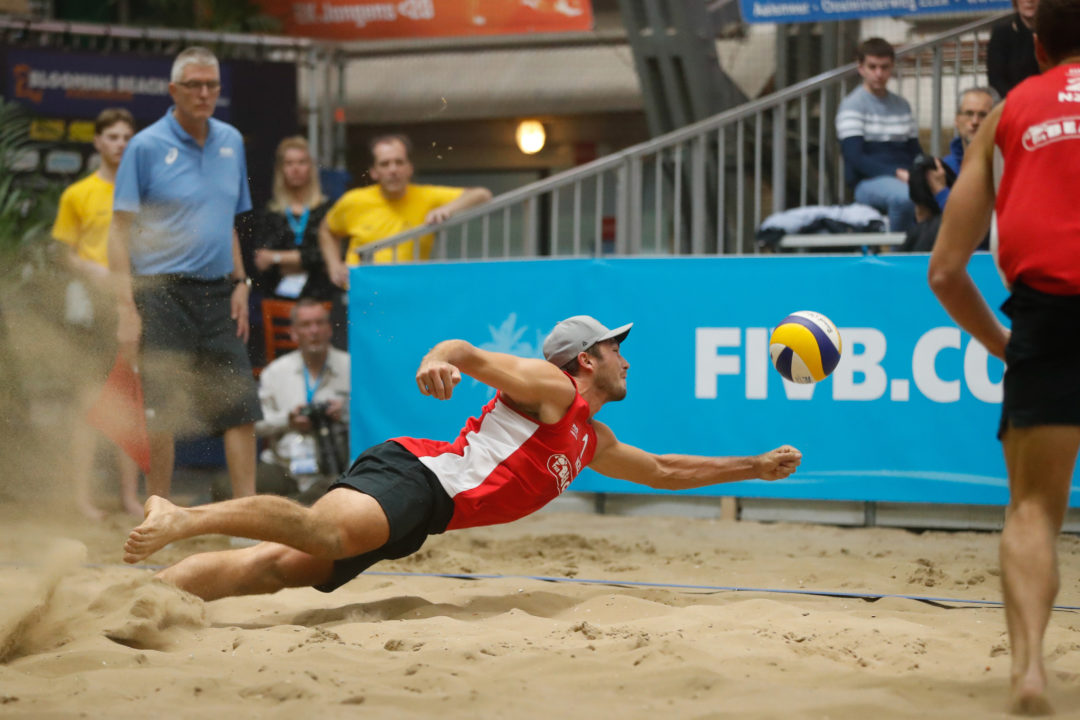 New Zealand's Ben O'Dea has been delayed in his request for shoulder surgery by several months. Archive Photo via Pim Waslander Fotografie/FIVB.com

After winning a historic bronze medal at the first-ever Commonwealth Games beach volleyball tournament, New Zealand’s Ben O’Dea has been unable to build upon the momentum. That’s because he’s been awaiting approval to undergo surgery to correct a shoulder injury that he’s been battling for a year.

“I applied for that before I went to the Games in the hope that when I arrived back I’d get that approval quickly and get the surgery done so I could get back competing again,” O’Dea said last week in an interview with New Zealand publication Stuff. “Knowing a few other athletes that got back from the Games, they arrived on Monday and had their surgery on Tuesday – it’s been two or three months for me.

O’Dea has been awaiting approval from the ACC – the New Zealand Crown entity that administers accident insurance for no-fault work and non-work injuries in the country.

He and brother Sam have struggled to maintain their New Zealand High Performance Sport carding over the last 2 years while Ben was injured. They’re currently the 185th-ranked pair in the world by the FIVB, and the brothers Ben and Sam have only managed to earn a combined $2600 since 2016 on the World Tour.

Ben O’Dea was planning on returning home and starting a solar panel maintenance business while waiting on his surgery and healing, only to find out that his car had been stolen while he and his brother were on the Gold Coast representing New Zealand at the Commonwealth Games. A local used car dealer and a local businessman in O’Dea’s home town of Tauranga teamed up to provide O’Dea with a 2011 Nissan Primera.

The brothers represent 1 of 46 total medal placements for New Zealand at the Commonwealth Games. Cycling, with 17 medals, were the biggest share, followed by 6 in athletics.