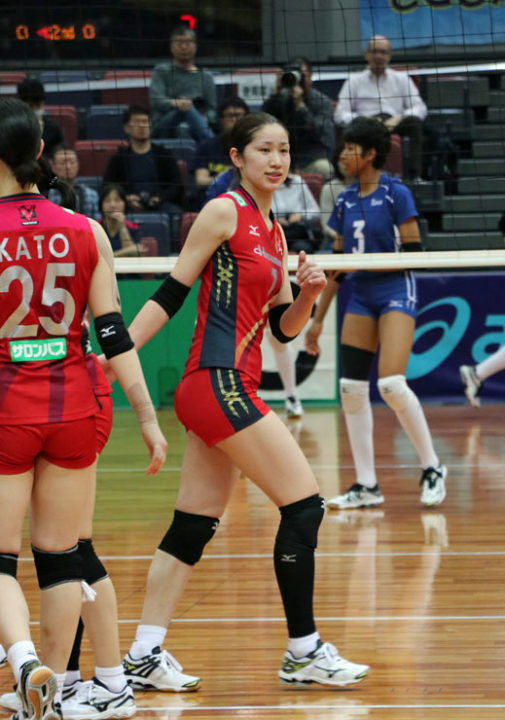 Japan National Team outside hitter Miyu Nagaoka is headed to the Italian Serie A1 and Imoco Volley Conegliano. Archive Photo via JVA

Imoco Volley Conegliano in the top Italian Division have bolstered their roster for 2018-2019 with a transfer from Japan in Miyu Nagaoka.

A member of the Japanese National Team, Nagaoka just made a comeback from a 13+ month injury back in May. In 2014 she won silver at the FIVB World Grand Prix as well as in the 2013 Asian Championships. The team also collected a top five finish with her play at the 2016 Olympics. She is currently training with the team for the World Championships in Japan that take place in September and October.

Club wise, Nagaoka’s won a VLeague championship as a member of Hisamitsu Springs KOBE. She has been with the team dating back eight years and collected handfuls of both team and individual awards, including league MVP in 2015-2016 and a member of the Best 6 team in 2016-2017.

Nagaoka becomes the first Japanese player to ever join the Panthers, a club that was established in 2012.

Conegliano went 17-5 in the 2017-2018 season with 50 points as the third-best team in the regular season before rolling through the playoffs to an Italian Women’s Serie A1 title. The club also won the SuperCup and Coppa Italia in 2016-2017 and was the bronze medalists in the 2018 CEV Volleyball Champions League.