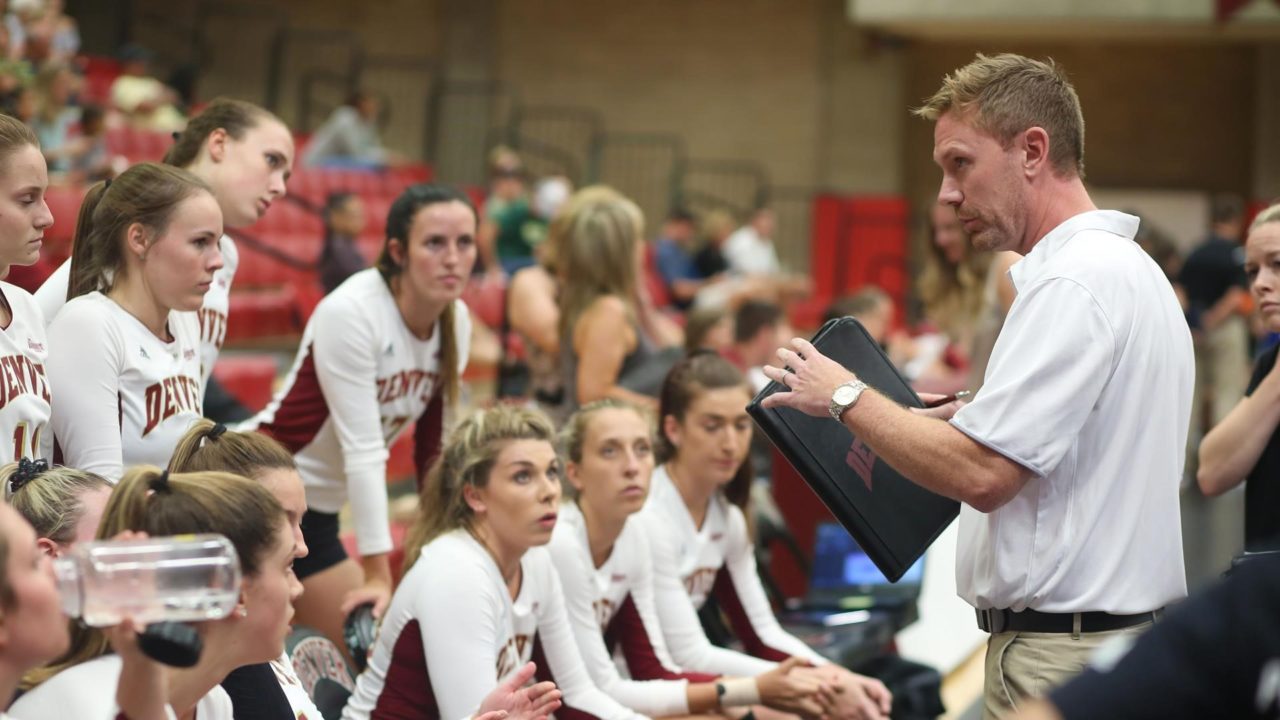 University of Denver women's volleyball head coach Tom Hogan has signed a contract extension to lead the Pioneers through the 2022 season. Current Photo via Denver Athletics

DENVER—University of Denver women’s volleyball head coach Tom Hogan has signed a contract extension to lead the Pioneers through the 2022 season, Director of Athletics Ron Grahame announced on Tuesday. Per university policy, details of the deal will not be disclosed.

“Tom has been instrumental to the recent success of our women’s volleyball program at the University of Denver, we are very pleased to sign him to a contract extension and keep him in the Pioneer family,” Grahame said. “The team has not only been successful on the court, with Tom being a part of our first four NCAA Tournament appearances in program history, but he has taken our program to the next level in recruiting and style of play. Tom and his staff’s international experience has brought a system and level of preparation that Pioneer fans will see translate to the court for years to come.”

Hogan joined the Pioneers’ coaching staff as the first assistant in the summer of 2012 for former head coach Jesse Mahoney and was named the associate head coach after the 2014 season. Ahead of the 2016 campaign, Hogan was named the seventh head coach in DU volleyball history.

Hours away from the start of his third year as head coach of the program, Hogan has been a part of Denver’s first four NCAA Tournament appearances (2014-2017). The Pioneers have also won four-consecutive Summit League regular season and tournament titles with Hogan on staff.

In 2017, Hogan was named the Summit League Coach of the Year after leading the Pioneers to a 12-2 record in the league. Since beginning his tenure as head coach, Hogan holds an overall record of 46-15 (.754) and is 25-5 in conference play.

Hogan was a member of the coaching staff of the USA Women’s National Volleyball Team from 2003-2008. During this time, Hogan helped the team win the silver medal at the Beijing 2008 Olym­pic Games, the first time Team USA competed in the gold medal game since 1984. Among many others, he coached former AVCA All-Americans and three-time Olympians Stacy Sykora and Robyn Ah Mow-Santos.

The Denver head coach is a 2002 graduate of Miami (Ohio) with a Bachelor of Arts degree in management information systems and a minor in marketing. Hogan also graduated with a master’s in sports administration from Xavier (Ohio) University in 2004. He served as the head coach of the Miami (Ohio) University National Champion women’s volleyball club team in 2002, after leading the team to the national final in 2001.