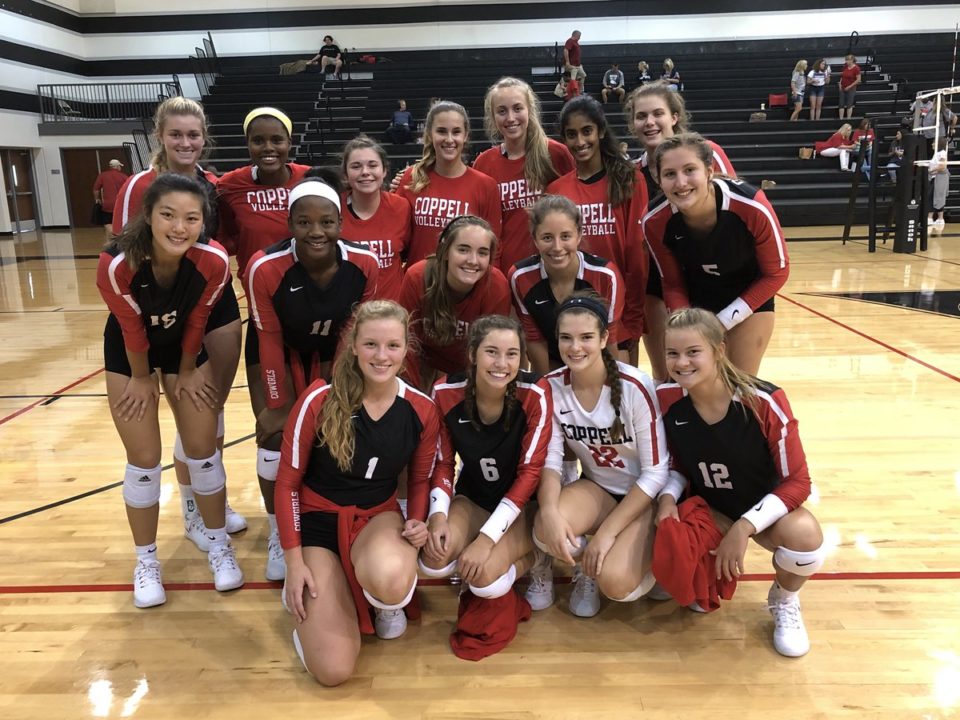 Any time a high school volleyball coach reaches 500 career wins, its a special plateau for both that coach, and that coach’s athletes. But rarely has a 500th win come with as much added emotion as the one earned by Julie Price at Coppell High School on Tuesday: a moment she and her athletes won’t soon forget.

Byron Nelson, which wasn’t even ranked pre-season by the USA Today National Top 25, was still ranked #1 in the KMAC/VYPE Texas High School volleyball rankings after the loss. The win jumped Coppell to 9th in the state rankings.

Coppell won back-to-back state titles in 2011 and 2012, and Price also led Austin – Lake Travis High School to a girls’ volleyball title. After her 500th win, Price was surprised with a 500 win banner and a uniform with the number 500 on it, presented by the team’s booster club. The fans in attendance gave her a standing ovation to celebrate the honor as well.