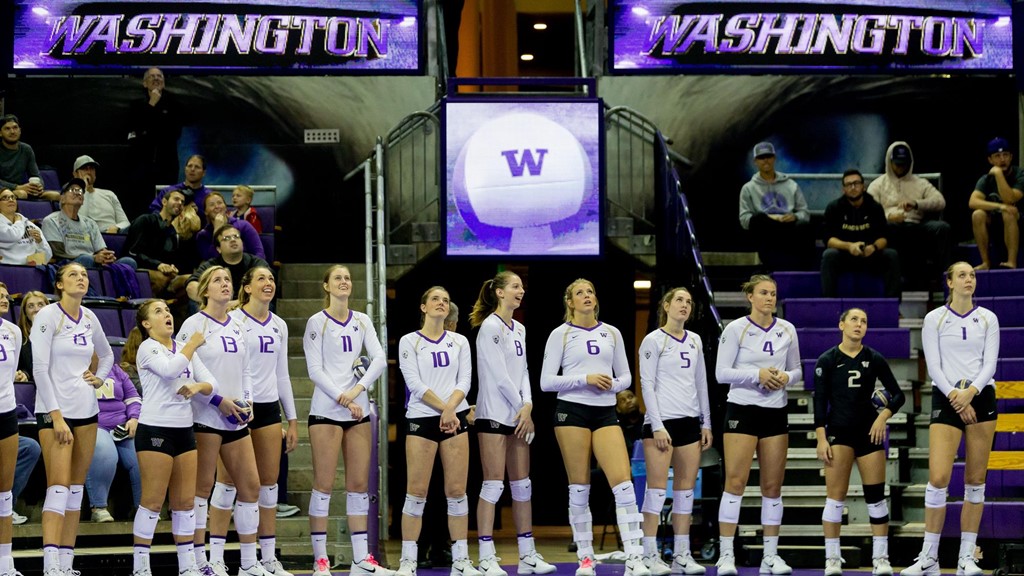 SEATTLE – The Washington Volleyball program will partner with former Husky Courtney Thompson’s Give It Back foundation to raise money and... Archive Photo via Washington Athletics

SEATTLE – The Washington Volleyball program will partner with former Husky Courtney Thompson’s Give It Back foundation to raise money and awareness for Puerto Rico relief efforts at the next Husky home match on Wednesday, Nov. 22, against Arizona.

Puerto Rico has been a home to a number of Huskies over the years as they continued their volleyball careers in a land where the sport has a long tradition of passionate fans. Thompson played three seasons for Cataño during time off from the U.S. National Team.

“For many USA National Team players, Puerto Rico is a familiar stop on the professional volleyball circuit,” said Thompson. “The opportunities many of us have had while playing and living in Puerto Rico are some of our most enjoyable, and there is a special connection between our volleyball communities.”

Puerto Rico is also home to 2013 alum Jenni Nogueras, who helped UW reach the Final Four her senior season and has played professionally back home the past three years and made the Puerto Rican National Team this year. Another recent Husky, Lianna Sybeldon, played her first pro season on the island before heading to Europe for the current campaign.

A silent auction featuring signed jerseys by Thompson, recent jersey retiree Krista Vansant, and the current Huskies will be held during the match, and fans will able to donate online to Thompson’s foundation with 100% of all proceeds going to relief efforts to rebuild from Hurricane Maria.