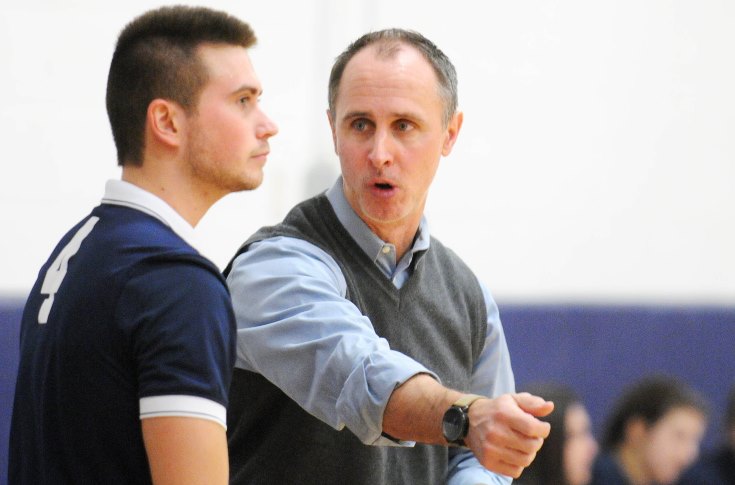 Craig Kolek, the head coach of the Rivier University men’s and women’s volleyball teams, has become the first coach in... Archive Photo via Rivier Athletics

Rivier University, a private university in Nashua, New Hampshire, competes in the NCAA’s Division III – the non-scholarship level of the sport. When the Raiders’ women’s team beat Skidmore College on September 2nd, it was his 400th win in 19 seasons as a head coach.

Combined with the 453 wins he has as the coach of the men’s team, he became the first coach to ever hit that 400-400 plateau.

“I’m obviously very humbled about this milestone but there is also an enormous sense of pride and satisfaction.” said Kolek after the historic win. “There are not many coaches in the country that have coached two separate teams together for any sport for this amount of time. Looking back at all the years I can say the sacrifice to coach both teams was at times overwhelming and a huge chunk of my life was invested in Rivier to get the program where I wanted it to be but I also know how much my family and friends sacrificed as well. There is no way this would have happened without the support of my parents, my brother and his family, my athletic director, and of course my fiancée”.

Kolek is the 9th-winningest coach in men’s NCAA volleyball history and ranks 2nd in Division III – behind only Patrick Dorywalski of Stevens Institute of Technology who has 562 career wins over 27 seasons.