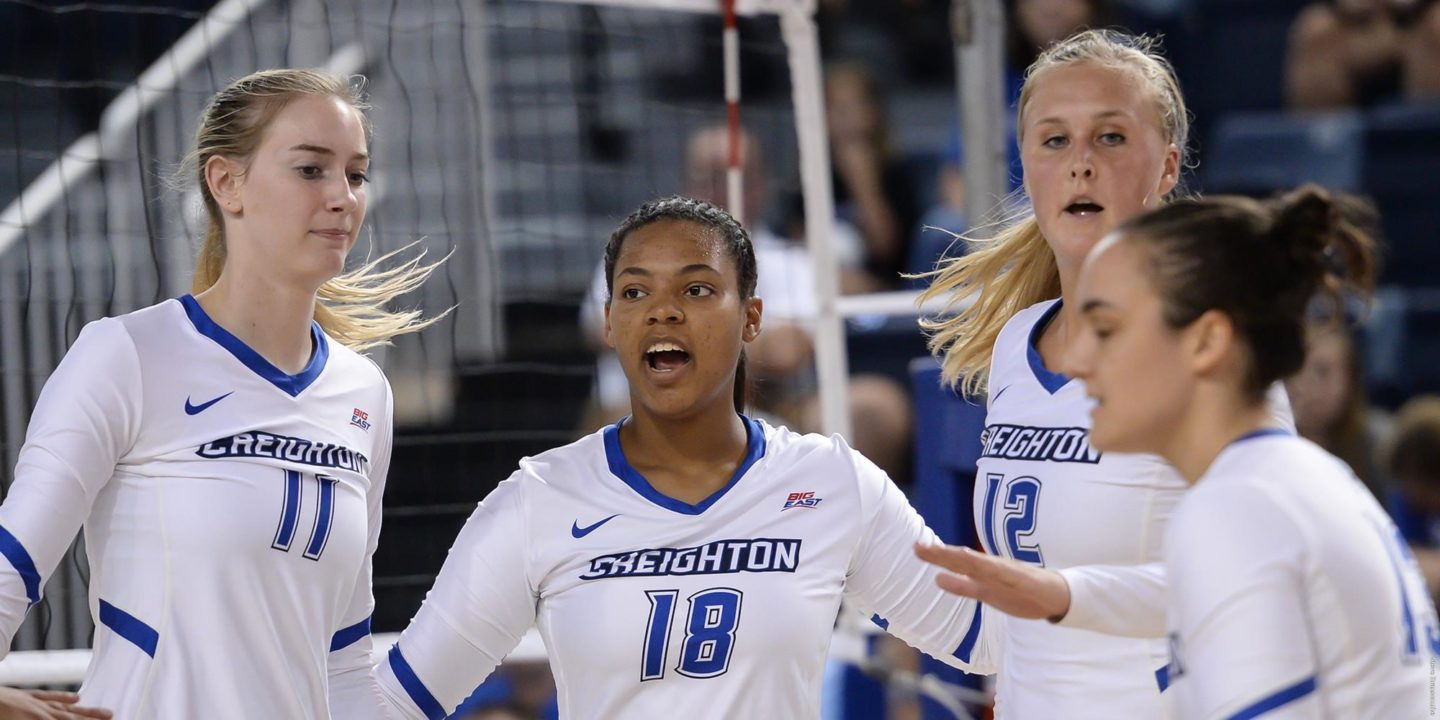 The NC State Wolfpack pulled off the win in five sets over the Arkansas State Red Wolves in the SMU Doubletree Invitational Saturday afternoon in Moody Coliseum. The Wolfpack finished the weekend at 2-1, losing only to the tournament champions, Creighton.

The Wolfpack took charge in the beginning, taking the first two sets, and looked as though they were going to take the match in three with a 22-18 advantage in the third. The two teams were tied at 19-19 in the fourth, but the Red Wolves would claim that set, too. Despite a 5-2 lead in the fifth, Arkansas State would be caught at 13-13 and would lose the set 13-15. NC State hit .207 in the match while holding their opponents to .146.

Melissa Evans led the Wolfpack to the win with 16 kills on 39 swings with six errors for a .256 hitting clip to go with 12 digs for a double-double, while Teni Sopitan added in another 11 kills on 48 swings. Lauryn Terry had a strong offensive performance with 10 kills and one error for a .600 clip. Jade Parchment took the court with 10 kills and 11 digs for another double-double.

For the Wildcats, Carlisa Mayand Macey Putt picked up double-doubles with 21 kills and 14 digs, and 10 kills and 10 digs, respectively.

Despite close individual sets, it was a sweep for the #15 Creighton Bluejays over the SMU Mustangs on Saturday at the SMU Doubletree Invitational in Dallas, Texas. This was Creighton’s third sweep in 30 hours, and with this victory, they claimed the tournament title.

Megan Ballenger was the star of the match for Creighton as she put down 16 on 23 swings for a .609 clip. Taryn Kloth posted 12 kills and five blocks while Madelyn Cole dished out 40 assists and seven digs. In the backcourt, Brittany Witt picked up a match-high 17 digs.

For SMU, Brittany Adams put down 17 kills on a .375 hitting clip and 10 digs for a double-double while Eva Linden added seven kills, three blocks, and three digs. Kendall Patterson dished out 20 assists, and in the back row, Montana Wattspicked up 10 digs.