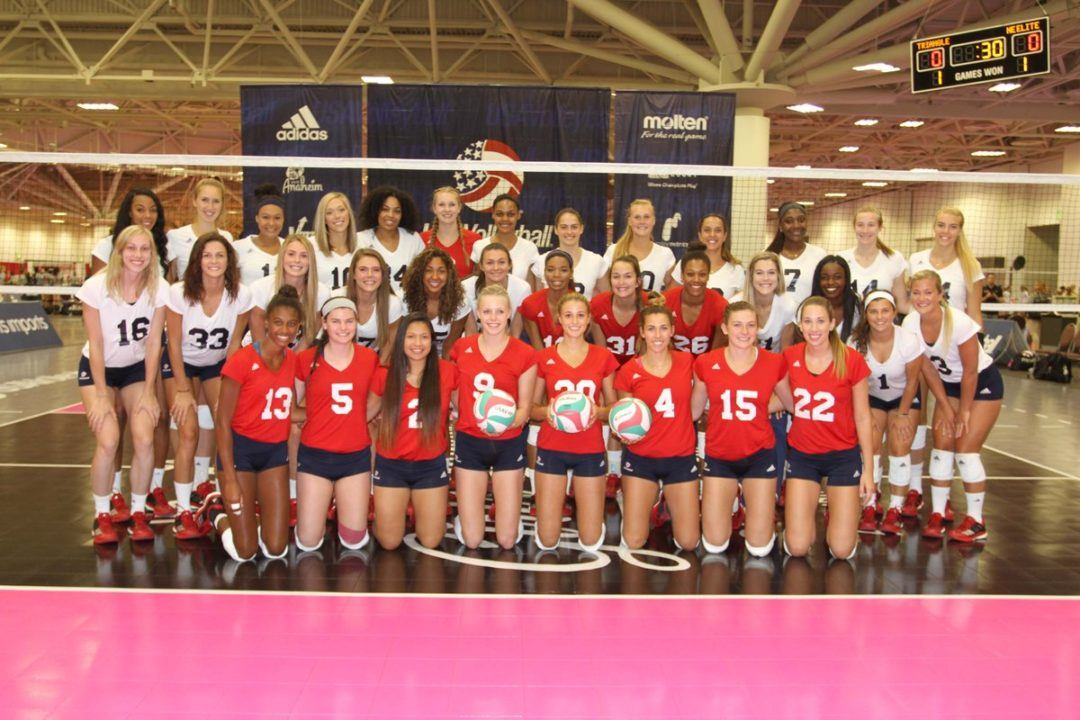 USA Red defeated USA Blue in the first match of a round-robin tournament as part of the Collegiate National Team – Minneapolis program.

USA Red won 28-26, 255-15, 25-15 at the Minneapolis Convention Center on Tuesday, capping the day of action at the USA Volleyball Girls’ Junior National Championships. Red outblocked Blue 13-7 and outserved its foes 5-1.

Creighton outside hitter Taryn Kloth was the top scorer in the match with 13 points for USA Red. Washington Tate’s Casey Shoenlein added 11 points, with seven kills and four blocks. Syracuse’s Amber Witherspoon paced the team at the net with six stuffs.

Next up on the slate, USA Blue will face USA White at 6 p.m. ET Wednesday. USA White will take on USA Red on Thursday. The top two teams will then play in a championship match on Friday.

A look at the individual team rosters is here.