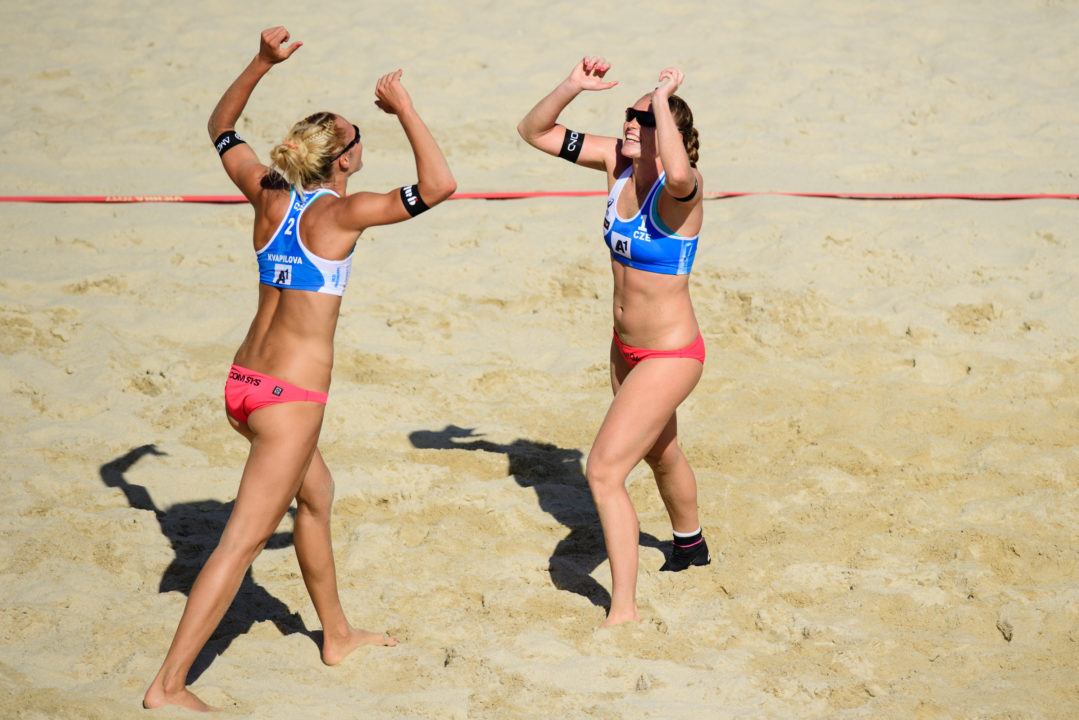 The 5-star FIVB World Tour event in Fort Lauderdale is set to begin at the end of February but some teams have already found their way to Florida to prepare for the tournament. Current Photo via FIVB

The 5-star FIVB World Tour event in Fort Lauderdale is set to begin at the end of February but some teams have already found their way to Florida to prepare for the tournament. The Czech Republic‘s Krystina Kolocova and Michala Kvapilova are one of the teams that have come to the USA early to practice for the Major Series event.

The pair arrived on February 6 and have been practicing in Port St. Lucie, about a 100 miles north of Fort Lauderdale. The Czech squad decided to make their way across the Atlantic early because it is their first time being able to practice outside. The European winter has not allowed for the duo to practice outside much or at all and the tournament in Fort Lauderdale will be solely outside on the beach.

“We need to get used to playing outside and also to adapt to the conditions here, especially the wind,” said Kolocova to beachmajorseries.com.

This season, the Czech duo has brought in a new head coach, in Italy’s Andrew Tomatis who retired from the sand in 2016. Over the next few days, the pair will train with Futami/Hasegawa and Mizoe/Hashimoto of Japan before joining up with Austrian, German and Swiss teams in Fort Lauderdale next Sunday.

Last season, Kolocova/Kvapilova competed at the Fort Lauderdale Major, finishing fifth overall. The 2017 season, as a whole, for the Czech team was tremendous as they moved from 40th in the world to 7th in the FIVB Beach Rankings in just 2 seasons together.

The pair began their 2018 season with the European Masters to which they won gold in January.