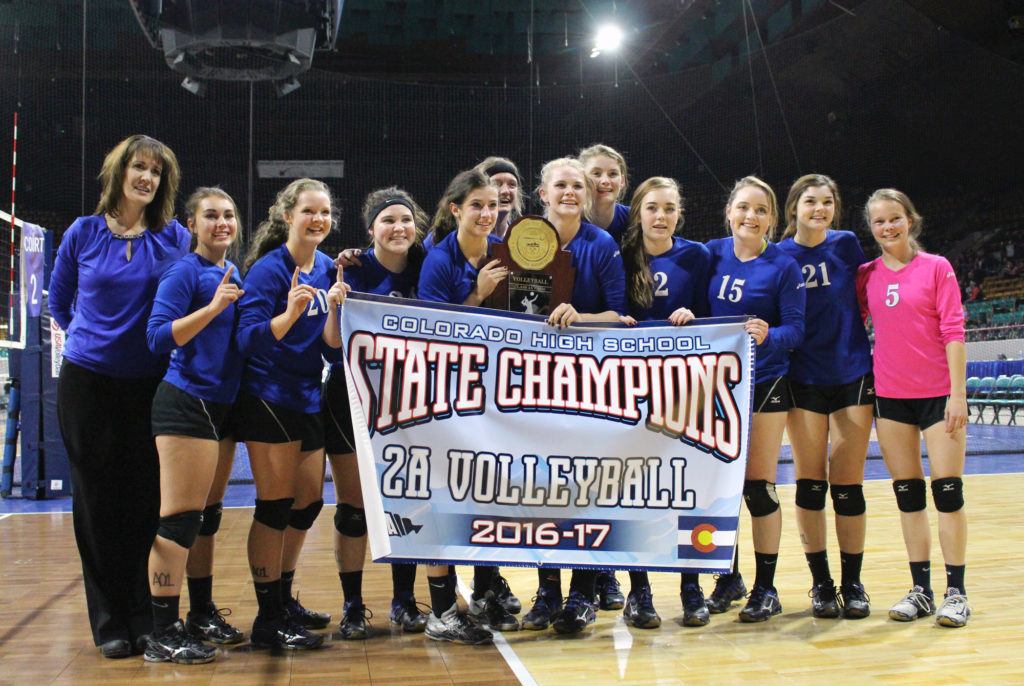 Five Colorado high school competed and won their classes state championship. The state tournament took place for the schools on November 10-12 at the Denver Coliseum.

Alli Keisel hammered down 12 kills and picked up 12 digs for a double-double in the win for Fleming. Also posting a double-double was Kalyn Serrato with 34 assists and 11 digs. From the back row, Bailey Chintala picked up a match-best 35 digs, while Shaylee Johnson added 16.

For Kit Carson, Tess Hornung put down 13 kills and 27 digs for a double-double.

Dayspring had two players that dominated the floor with double-doubles. Katie Kurz put down 28 kills and 16 digs, while Megan Roberts added 24 kills and 14 digs. Setter Kelsi Donoho also recorded a double-double with 56 assists and 19 digs.

Michaela Putnicki recorded a double-double for Lewis-Palmer with 15 kills and 10 digs, while Lydia Bartalo added 15 kills and 13 digs. Gianna Bartalo picked up 21 digs.

Leading the Mountain Vista offense was Alyssa Oswald with 17 kills, while Sam Novak picked up a match-best 28 digs.