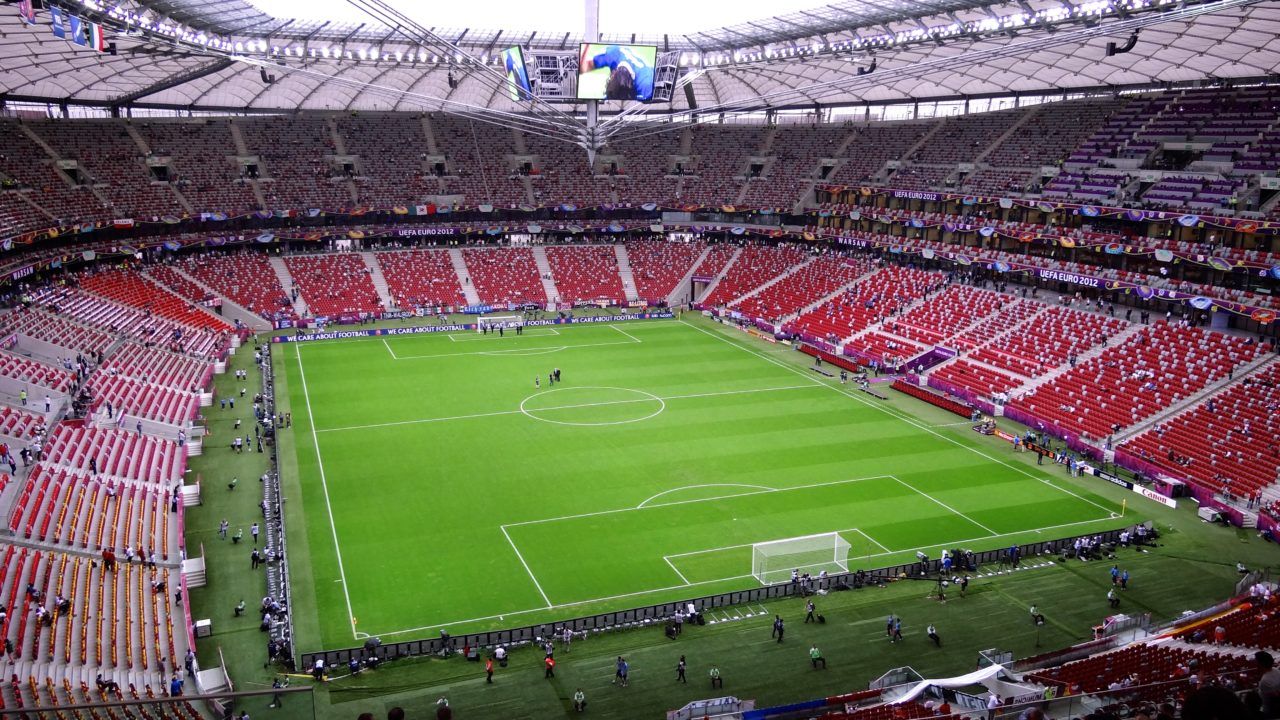 The 70,000-seat arena is traditionally home to Poland's national football (soccer) team, but will be transformed for the opening of the 2017 men's European Volleyball Championships. Archive Photo via Joem Fehrmann

In a press conference last week, Polish Volleyball Federation President Jacek Kasprzyk and PL.2012+ CEO Jakub Opara signed a letter of intent to host the opening ceremony and opening match of EuroVolley Poland 2017 in the PGE National Stadium in Warsaw. The retractable-roof stadium’s primary tenant is the Poland national football (soccer) team, and it is the largest association football arena in Poland.

The opening game will be played on August 24th at 8:30 local time between Poland and rivals Serbia in Pool A.

The stadium’s official capacity is 58,145, but drew 61,500 spectators to the opening-round game of the 2014 Men’s Volleyball World Championships hosted there. Since then, additional seating for 8,000 people – pushing the capacity to 70,000 – brings hopes for an even bigger crowd.

“We are really happy. It would be great to break the record of attendance at a Volleyball match. This will be a tremendous event but also a great logistic challenge for us. We can do it, because we already have the experience from two years ago. We would like to play just like we did at the memorable World Championship opening match with Serbia. We started with a win and finished with gold, so let this story be repeated,” said PVF President Jacek Kasprzyk.

“I watched the World Championship Opening Ceremony and Match on television and I was really impressed with the event. It was an extraordinary show. I am now very fortunate to have the honour of taking part in such a ceremony, such a match. It is an excellent idea and promotion of Volleyball,” said Ferdinando De Giorgi, the newly-appointed head coach of Poland.

The largest crowd to have ever watched a volleyball game live is believed to be a July 26, 1983 game between Brazil and the Soviet Union in the Maracana Stadium in Rio de Janeiro. The game, a rematch of the previous year’s World Championship final was won by Brazil in a dramatic comeback in the rain. A year later, Brazil hosted a game against the United States in Sao Paulo that drew over 60,000 spectators – once again, a Brazil come-from-behind victory.

The finals of the tournament will be played two weeks later on September 3rd at the Tauron Arena in Krakow, Poland. The capacity of that arena is 15,328 and is almost assured to sell out, especially if Poland finds themselves in the championship game.

Other arenas to be used throughout the tournament: