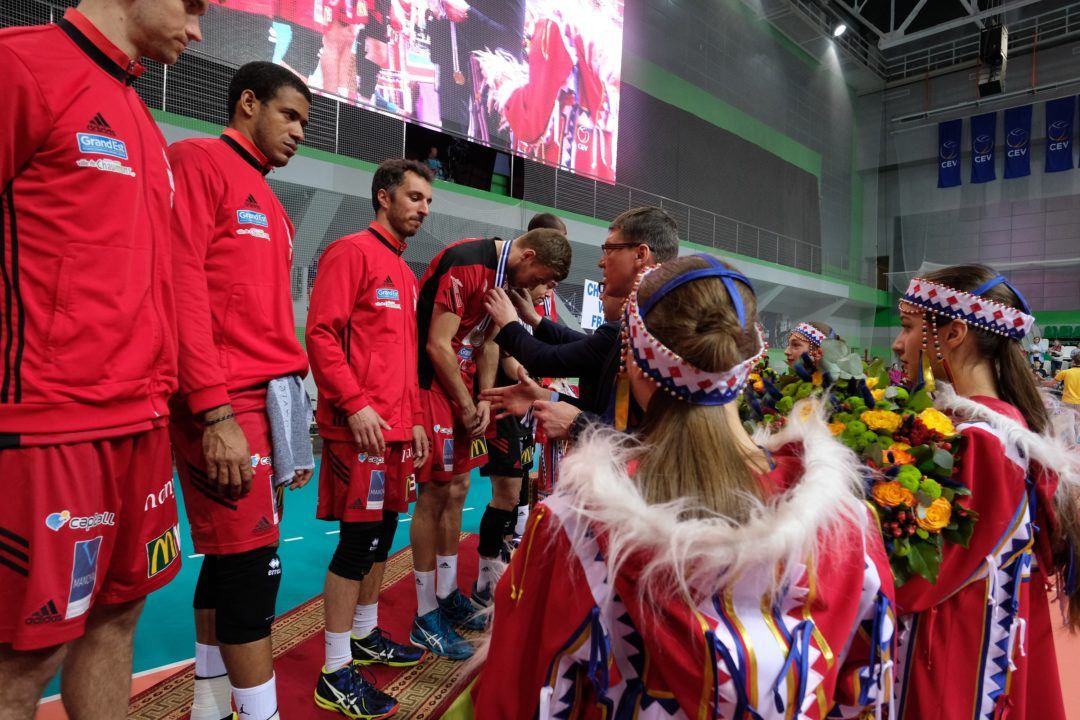 Attacker/Receiver Nikola Mijailović is headed to Chaumont as they look to defend their league title. Current Photo via via CEV

After winning the French League for the first time since the club’s inception in 1996, Chaumont Volley-Ball 52 is bringing in Nikola Mijailović.

The 191 cm (6’3″) native of Serbia is a 27-year attacker/receiver. He last played with GFC Ajaccio Volley-Ball who finished in fifth of the French Pro A League, 15 points behind Chaumont. He had a 42% successful attack rate and helped the team win the French Cup in addition to his MVP performance in the Supercup. Before his one year with Ajaccio, Mijailović spent time with six other clubs – five of which even came in a four year span.

Mijailović started his pro club career at Partizan Belgrade, where he stayed longer than with any other club (2008-2012). After four seasons with the Serbian club, he moved on to Belgium with Volley Menen (2012-2013). It was another change in country and club a season later, as he moved on to Ethnikos Alexandroupolis in Greece for the 2013-2014 athletic year. In 2014-2015, he spent time with two clubs: Montpellier UC in France and back with Partizan Belgrade. The following year he was back in France to play with Tourcoing Lillie, leading into his last season and now this year in France.

In addition to defending their French League title, Chaumont will hope that Mijailović can assist with the team’s journey at the CEV Champions League next season. Mijailović will turn 28 in August and beyond his talent, has plenty of experience playing with new clubs – something he will look to perfect with Chaumont.