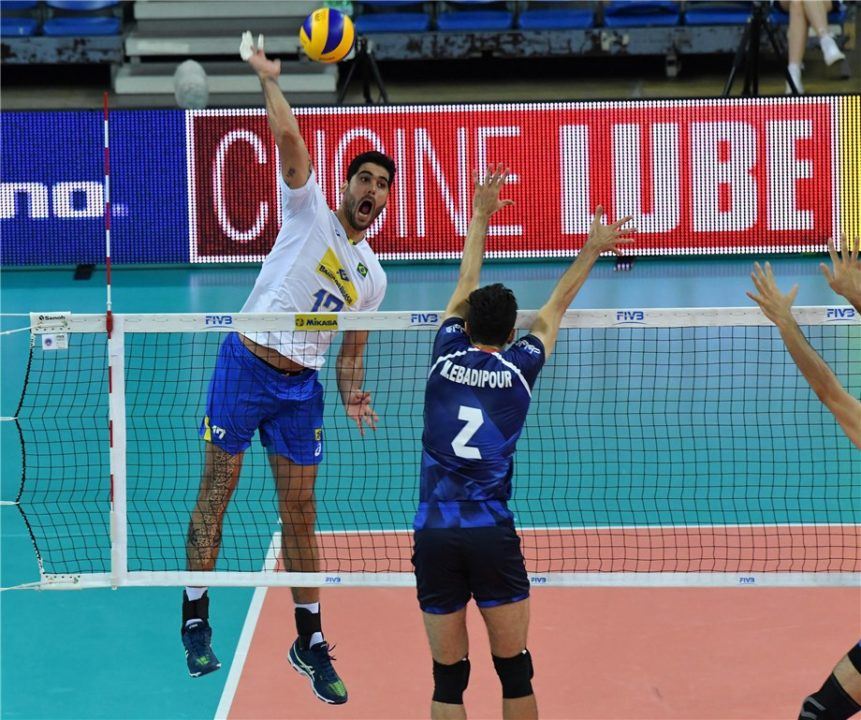 Brazil is reworking their line-up in the days leading up to the World League Group 1 finals. Current Photo via FIVB

Brazil is reworking their line-up in the days leading up to the World League Group 1 finals. The hosts of the finals received an automatic bid to the finals, but finished in the top-six of the competition, anyways.

The Brazilians have suffered two significant injuries to their line-up, in Luiz Felipe Marques Fonteles and Evandro Guerra.

Fonteles suffered a strained calf in the final week of the preliminary matches. The injured was deemed to be a grade 2 injury, making the recovery time longer. Brazilian head coach Renan Dal Zotto will not call up another player to replace Fonteles in the finals.

Guerra suffered thrombosis in his right forearm in the first week of play. The injury will not keep Guerra off the court for long; however, it will keep him out of the finals, as the recovery for the injury requires no hitting. Guerra was a strong force for the Brazilians in the first week of play, where he put down 68 points to lead all Group 1 players. 63 of the points that Guerra scored were off kills.

To replace Guerra in the finals, Dal Zotto will call up Renan Buitatti to back up Wallace de Souza, who has been a dominant force for the Brazilians since his 2017 World League debut in the third week of play. Ricardo Lucarelli Souza is the team leader in points leading up to the finals with 124 on 107 kills, three blocks and 14 aces.

Brazil will begin Final Six play with Canada on July 4, followed by Russia on July 6. Depending on how they fair in the first two days on play, will determine their place on July 7-8, when the semifinal and finals matches will take place.