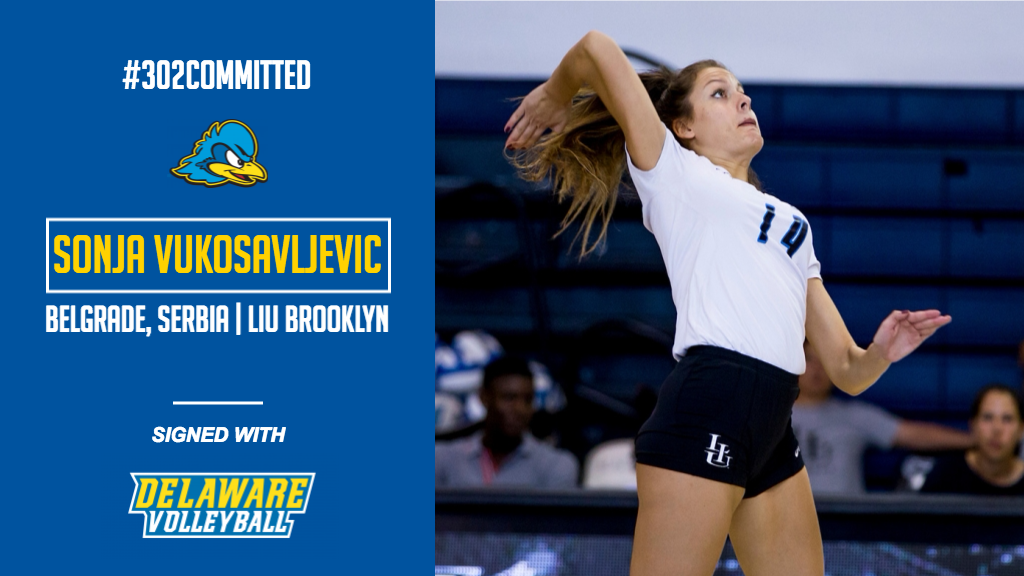 Delaware is bolstering his roster with Sonja Vukosavljevic, a grad transfer from LIU Brooklyn. Archive Photo via Delaware Athletics/Volleyball

Graduate transfer Sonja Vukosavljevic is moving on from Long Island University, Brooklyn to attend Delaware in 2018. A fifth-year senior-to-be in the fall, Vukosavljevic will have one year left of play and is immediately eligible.

A 6’0″ middle blocker, Vukosavljevic spent her last four seasons at LIU Brooklyn. Her most recent season saw her start 13 matches of the 23 she appeared in with 47 kills and 26 blocks on a team that won 20 matches and made the NCAA Tournament. In total, she played in over 80 matches with the school and notched 251 kills and 141 blocks.

“We are so excited to welcome Sonja to our Blue Hen family,” Delaware head coach Sara Matthews said in the team’s release of the addition. “She will be a fifth-year grad student transfer who will add great experience for us, not only on the court but also as a leader off the court. She is great off one foot attacking and gives us more versatility in the middle. She has life experiences that will be a great example for our players and will bring invaluable things to our team culture. We can’t wait to get her on campus.”

Prior to her stint in college, Vukosavljevic prepped as a native in Belgrade, Serbia. She played with Vizura and was a two-time Best Middle Blocker with the U16 and U18 teams. She plans to play professional volleyball in Europe after graduation.

It’s the second transfer addition for Delaware too, as former Missouri defensive specialist/libero Andie Hanus is joining the Blue Hens as well. Vukosavljevic also adds to a position group

Delaware is coming off of a 5-21 season in which they went 3-13 in the Colonial Athletic Association.

The #BlueHens volleyball program is excited to welcome its new roster additions for the 2018 season! Our first player is graduate transfer Sonja Vukosavljevic, a native of Belgrade, Serbia who played at LIU Brooklyn. pic.twitter.com/4LYA1ADin4