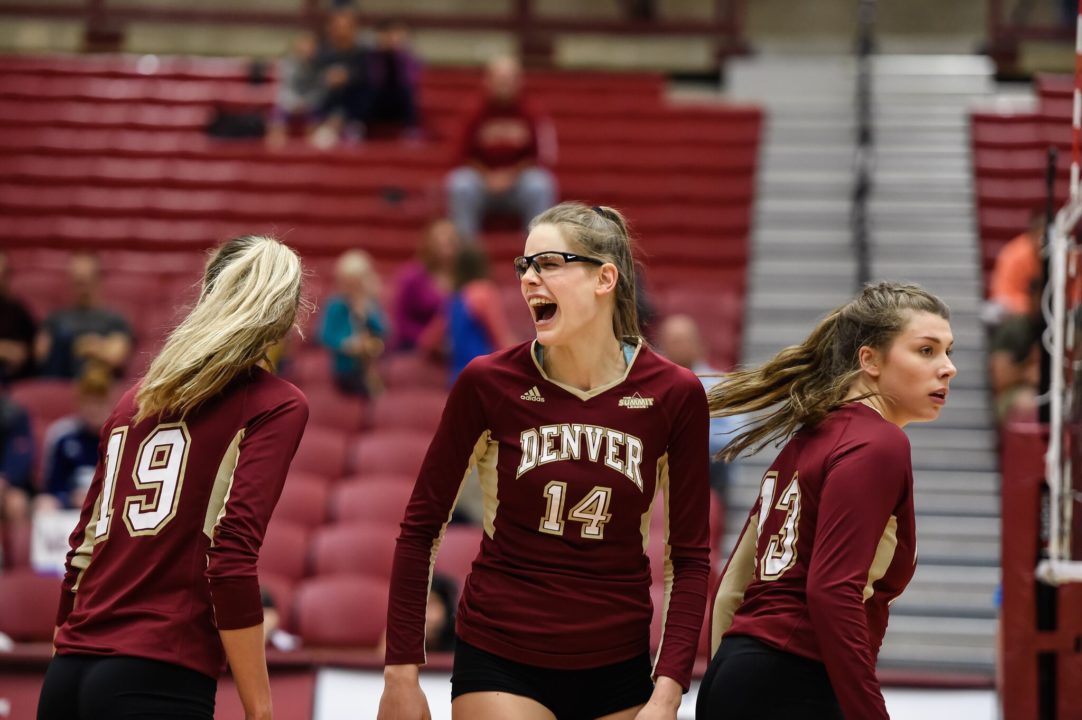 Finnish club Hämeenlinnan Lentopallokerho has announced in its official website that it has signed recent University of Denver graduate Kayla Principato to a contract. The 22-year-old 6’3″ right side hitter will undergo her first professional season. As a Denver Pioneer, Principato was the Summit League Tournament MVP in 2017 and made the Summit League All-League Team in 2015, 2016, and 2017. She finished her career with 972 kills (2.35/set) and 1134.5 points (2.75/set)

Here are her first words as a professional volleyball player:

“The club has tradition and success. It offers me the opportunity to challenge myself and become a professional. The coach has a clear system for the team. It’s my dream to be part of such a well-functioning club, so I can developed both as a person and as a player. In college, I learned how to adapt to playing with different players every season, and what competition means. Those ties to teammates were the key to success and last forever. I am eager to continue my career in Hämeenlinna. I will dedicate myself to practice my skills to help my team succeed. I look forward to every opportunity on the court with enthusiasm, energy and focus because I love volleyball. In Hämeenlinna, I want to add to the team’s already success-filed seasons. I would also like to work hard to get to the US national team.”

Principato was called up to practice with USA’s university team last year, but was seriously injured after the third day of training. She had to undergo surgery due to her injury and will be required to wear goggles to play. In Finland, Principato will find a Hämeenlinna club that is the current back-to-back Finnish Champions and that will participate in the 2019 Champions League. American setter Chloe Collins was the team’s captain during this title run, although she has recently announced that she would be returning to the U.S. for a period to complete her collegiate degree.