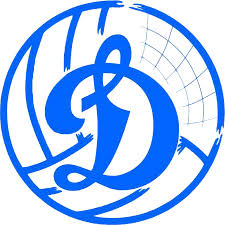 30-year old opposite Denis Zemchenok has undergone surgery on his previously-injured knee the club announced last week. After feeling pain in the team’s 3-1 loss to Yaroslavich. He left the game in the 2nd set and then tried to return in the 3rd before being pulled completely. After examination, doctors diagnosed him with a meniscus tear, and he was sent to a specialist in Munich, Germany to undergo the surgery.

Zemchenko joined the club this season after a short season with defending champions Zenit Kazan and helping them become champions of Russia and Europe. Shortly after his arrival with Dinamo-LO became a fan favorite – he is a local product, having attended the St. Petersburg Volleyball School in his youth.

Zemchenok is Dinamo-LO’s leading scorer this season with 4.13 points/set (he even scored 12 in less than 3 sets played in the game he was injured), and they can hardly afford to play without him for long. The team ranks 13th out of 14 teams in the league table this season, winning just 1 of 12 games. They do have 8 points thanks in part to 5 tie-break losses, but that’s not enough to bump them up the table.

He missed the game before his injury in its entirety. Since he’s been out, the Dinamo-LO offense has suffered greatly – they had only 37 kills in their first game without him (a 3-0 loss to Zenith), followed by only 27 kills in a 3-set loss to Zenit-Kazan, Zemchenok’s old team, in the encore. Alexander Kovalev and Anton Botin have led the offense since the injury, with 22 and 16 points, respectively, in the team’s two games.