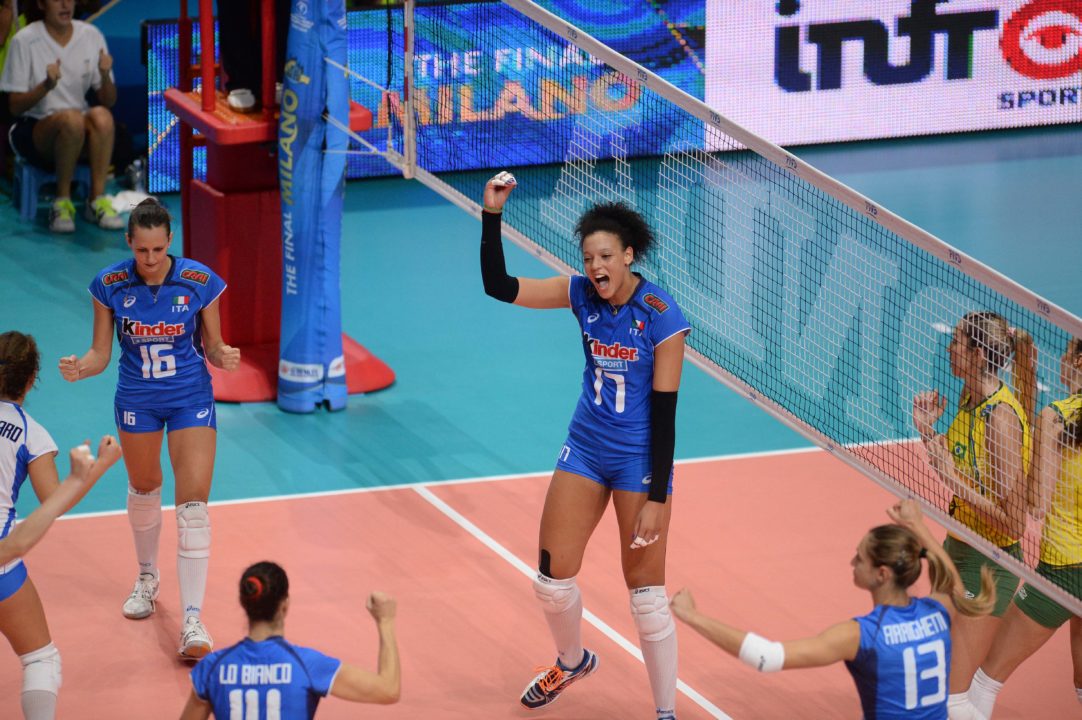 After missing two games with an eye injury, Valentina Diouf came back to the court with a bang. In her team’s win against Volley Legnano, she scored 16 points on 14 for 34 (41%) hitting, with 2 blocks. She then had 19 points on 14 for 44 hitting (32%) plus 5 blocks on Busto Arsizio‘s tie break loss to still-unbeaten Conegliano.

Her 19 points against Conegliano were enough for her to break the 2000 points plateau for her career in Serie A1. Her team celebrated the fact on its official Instagram page:

Diouf’s injury was at first thought to be very serious. She got hit on her left eye before Busto Arsizio‘s match against Foppapedretti Bergamo in the 4th round of the Italian Championship’s regular season. Injuries such as these can lead to retinal damage, which could have permanently impacted Diouf’s vision.

The 6’8″ (2.02m) Diouf is 24-years old and is in her 2nd season with Serie A side Unit E-Work Busto Arsizio out of the northern-Italian city of Busto Arsizio. The team is now 5-2 on the season, good enough for Serie A1’s fourth place behind only Novara, Conegliano, and Scandici.