“I Don’t Know If I Will Return To Volleyball.” – Sheilla Castro 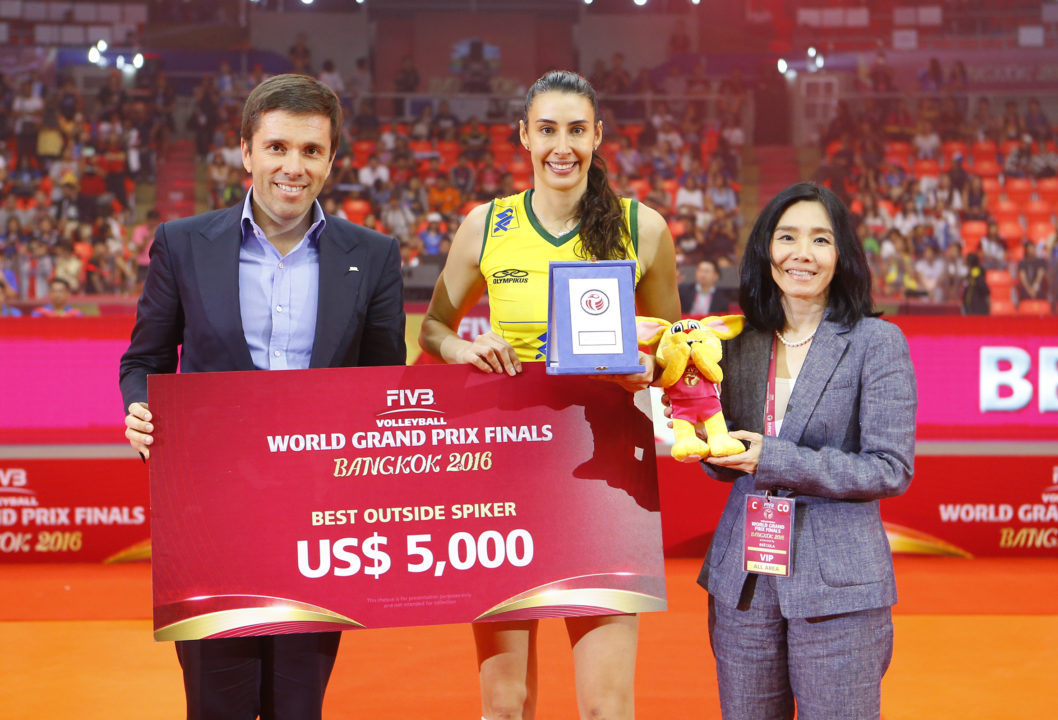 Sheilla Castro is perhaps the best opposite hitter of her generation. In her decorated career, she helped Brazil’s national team to two Olympic gold medals (2008 and 2012) and seven FIVB Grand Prix titles, winning numerous personal accolades on the way. At the club level, she was always part of “super-teams”, including Italy’s Pesaro, Brazil’s Osasco and Rio de Janeiro, and Turkey’s Vakif Bank.

However, Brazil’s loss against China at home in the Rio Olympic Games really left a bitter taste in Sheilla’s mouth, after which she retired from the national team. She then finished her contract with her then club Vakif Bank and hasn’t played since, stating she has gone into a “sabbatical” period.

Fans are eager for news about her return, if she is to return at all. At only 34 years of age, one can say she may be heading towards past her prime. Still, a player of her caliber, even at 34, has a lot left to give to the game. Sheilla recently spoke to globo.com about her future in volleyball, when attending Sesc x Minas South American Club Championship finals:

“The truth is I haven’t thought about my career yet. I haven’t decided about my future. I had offers, but I don’t know if I will return to volleyball.”

Sheilla’s words are very discouraging, specially when considering that Brazil hasn’t found a worthy replacement for her at the opposite hitting position. For that reason, fans should hope for a return, even if only in a mentor role for younger players.