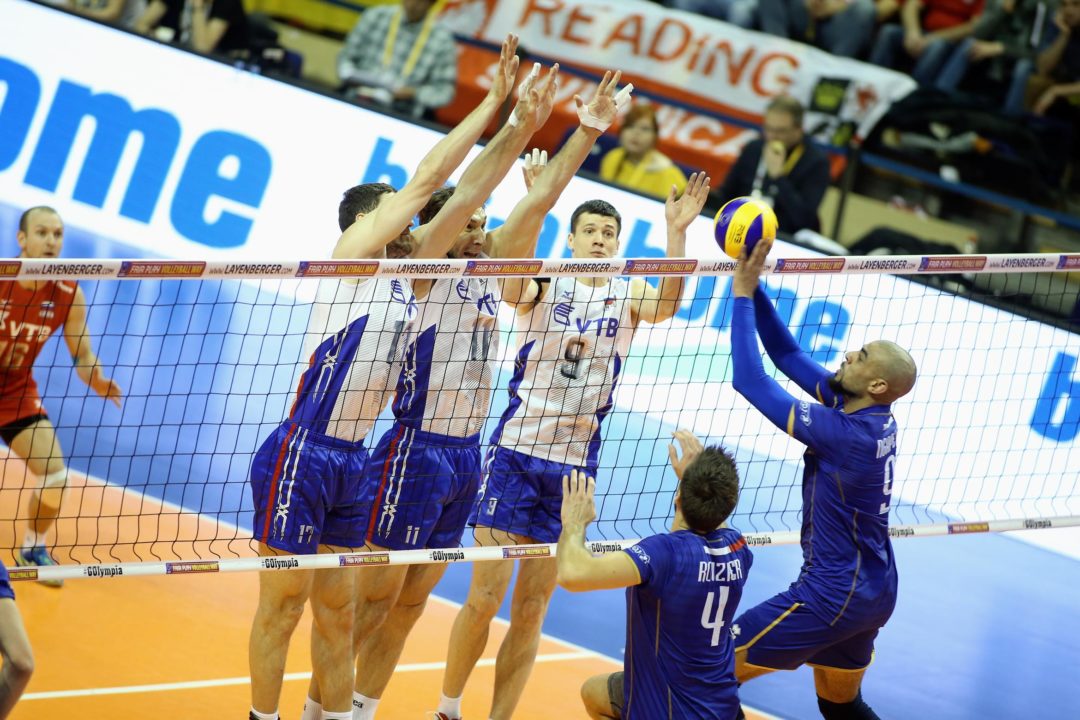 Russian National Teamer Yury Berezhko (blocker on the right) has extended his contract with Dynamo Moscow. Archive Photo via CEV

Dynamo Moscow has extended the contract of outside hitter Yury Berezhko for the 2018-2019 season. A member of the Russian National Team, Berezhko has played a majority of his volleyball with Dynamo across his pro career that dates back to 2001.

A 6’6″ outside hitter with an 11’1″ block touch and an 11’4″ spike, Berezhko comes from Komsomolsk on-Amur in Russia. He turned 34 back in January and will flip to 35 in the midst of next season.

His club career began with Dynamo Moscow in 2001, although he went on loan and officially got things going in 2004 until 2010 when he left for Casa Modena. In 2011 he again switched over to Zenit Kazan until 2013 when he changed to Dynamo Krasnodar. That led to 2014 when he came back to his roots with Dynamo Moscow, where he has been ever since.

In his decade with the club, he has notched over 3,400 points in over 340 matches in play during the Russian Superleague, Russian Cup, Champions League and European Cup.

Berzhko has been with the Russian National Team since 2005, where he has hauled in a myriad of top three finishes in different tournaments. Of those medals/trophies, four have been of the gold variety, including at the 2011 World League and the 2012 London Olympics. The most recent team success came in 2013 when he helped Russia win the European Championship.

Dynamo Moscow finished in third of the regular season Superleague standings at 19-7 (54 points) before racking up a bronze trophy in the playoffs. Their last Russian Championship came in 2008, although they claimed the 2015 CEV Winners’ Cup.