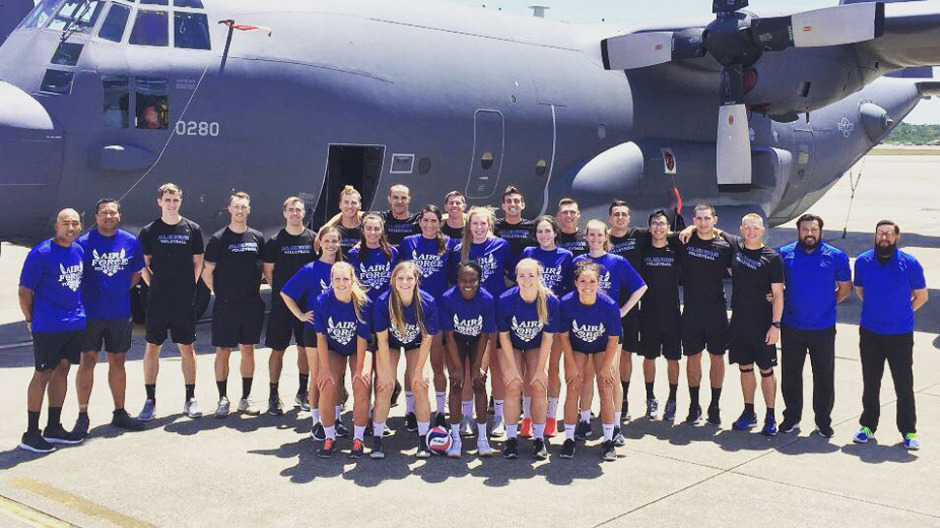 Holmes graduated from the U.S. Air Force Academy with a Bachelor of Science in general studies (Core Engineering Curriculum) before earning his Master’s of Business Administration from Vanderbilt. He served as an officer in the U.S. Air Force for seven years and was selected to the premier space unit in the United States Military.

The annual AFVC features teams from the Army, Navy (with Coast Guard) and Air Force and is running May 7-11 at Aderholt Fitness Center at Hurlburt Field, Florida.

The annual championship is conducted in a triple round robin format to determine the champion of the event. From this championship, Armed Forces Sports will select Team USA to compete at the World Military Championship in Edmonton, Canada.

Holmes has directed the USAF to a 2-0 start in the tournament with a 3-1 win over Navy and a 3-2 win over Army.

A full schedule for the remainder of the tournament, as well as links to watch live streams of the matches, is available at armedforcessports.defense.gov