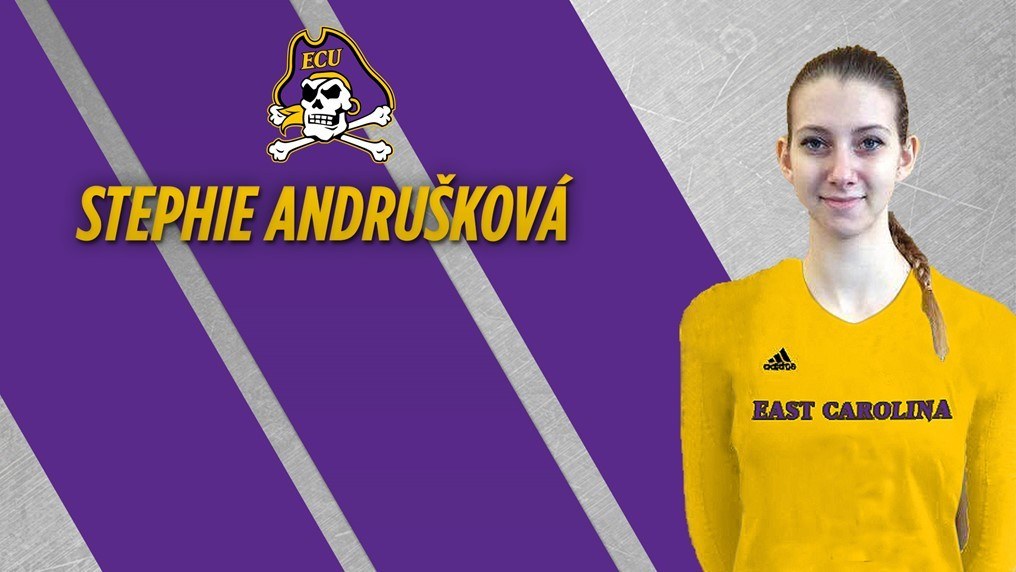 Stephie Andrušková will be the newest incoming Pirate for 2017 according to an announcement made by East Carolina head coach Julie Torbett. Andrušková comes by way of Bratislava, Slovakia, where she played as an outside hitter at Gymnázium Ceská 10.

“Stephie is a tremendous player that we expect will come in and make an impact right away on the outside,” Torbett said in the release.  “She is very smart, speaks very good English and will fit right in with the team. We will benefit from her international playing experience and her style of play on the court. Stephie is a strong competitor that will be ready to go and do whatever is needed for the team. She has a great personality and chose East Carolina over many opportunities at other top Division I programs in the United States.”

The 6’1″ outside hitter also enjoyed time at VKP Bratislava before joining Gymnázium Ceská 10. Andrušková was an important piece on a VKP Bratislavahelped group that placed third at the National Slovak Championship.

Now, Andrušková joins Samantha Dunn and Sydney Hall as well as incoming transfer Madison Clark for the 2017 season. East Carolina finished 15-15 last year, including just a 5-15 mark in the American Athletic Conference. Some new faces loom large for the Pirates and head coach Julie Torbett, who’s in an integral fifth year with the program as she’s searching for her first winning season with ECU. Torbett did have plenty of success with UNC Asheville and Winthrop before her stint at East Carolina, so optimism remains, especially for any players like Andrušková that Torbett puts her stamp of approval on to bring in.