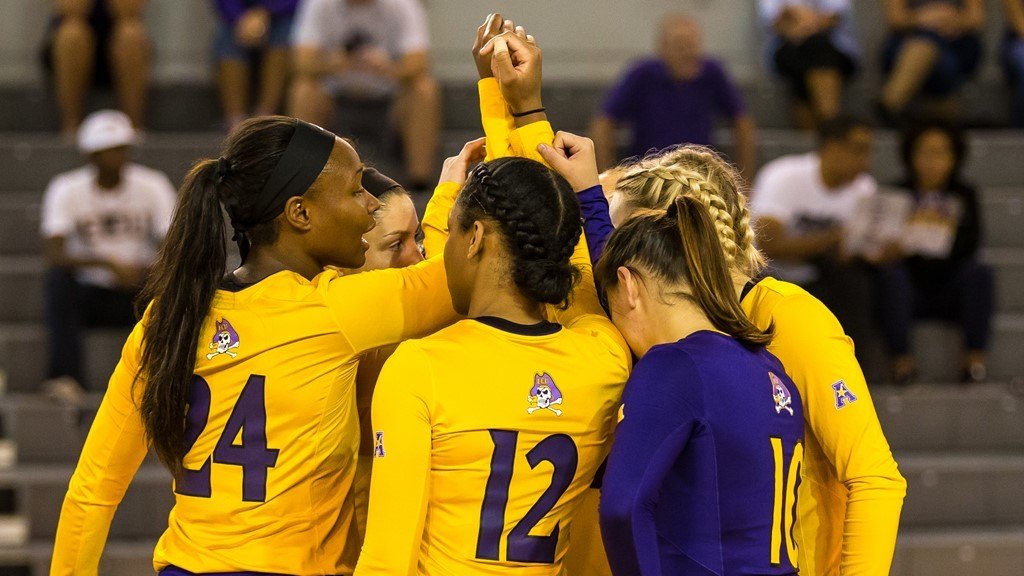 Clark will have the opportunity to compete for a starting setter role next season after the graduation of last year’s setter Sabrina Gonzalez. Gonzalez had 1116 assists last season (10.33/set), with her team hitting .411 on her sets.

The Pirates are carrying only one setter on their spring roster: 6’1″ Haley Bidgood, who like Clark is entering her junior season. Freshman Kelly Brogan is no longer listed on the team’s roster. The team is also bringing in one freshman setter next season – 5’11” Shelby Martin from Waxahachie, Texas. She was a Texas 5A All-State High School player in high school.

Clark appeared in 104 sets last season for Buffalo, though she rarely got an opportunity at setter. As a freshman in 2015, she only played in 59 sets, but got much more run at setter with 415 assists on the season (7.03/set).

East Carolina went 10-0 in out-of-conference play, but were just 5-15 in AAC conference play to finish with a .500 record. That left them 10th out of 11 teams in the conference standings.

Below is a highlight video from Clark’s freshman year at setter.