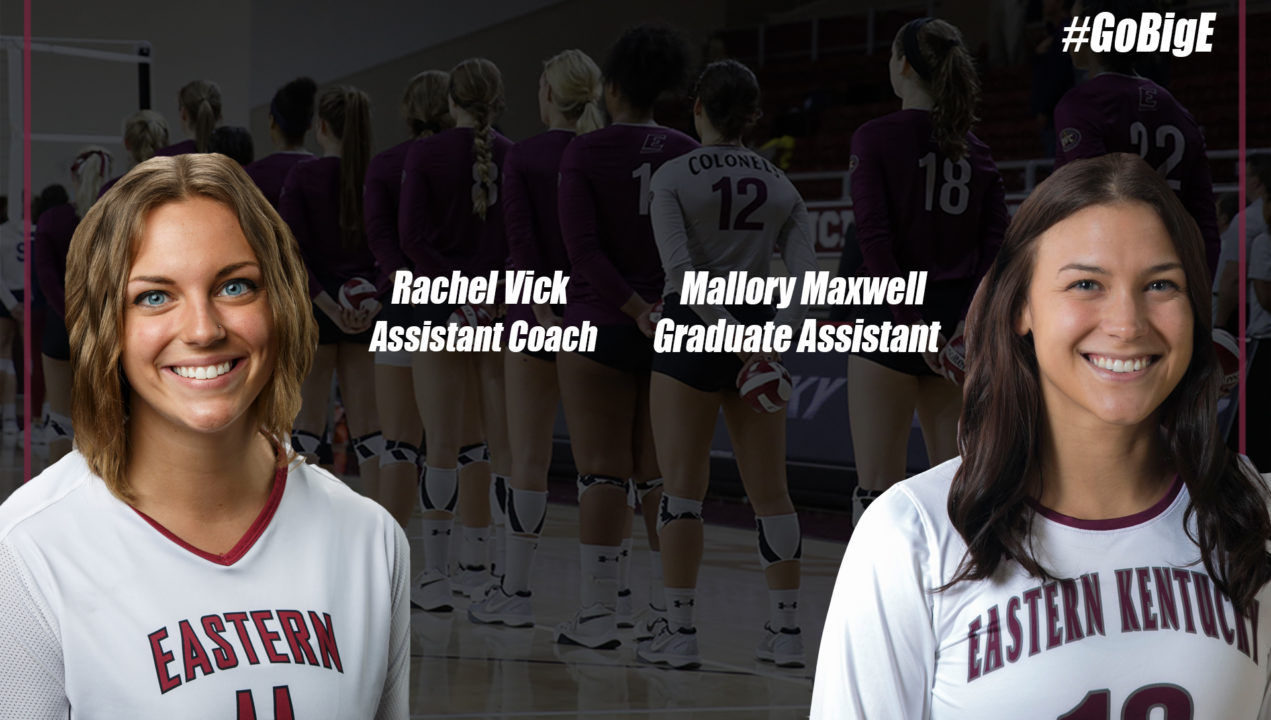 Vick etched her name in the EKU record books during her decorated four year career (2012-15). The Bay Village, Ohio native ranks continues to rank among the program’s top-10 in career solo blocks (102) and career hitting percentage (.257). Vick’s .307 hitting percentage in 2014 is the seventh best single-season percentage in school history.

The standout ended her senior season with a selection to the All-Ohio Valley Conference Team.

“I am thrilled to join the EKU volleyball staff and give back to a program that has given so much to me,” Vick stated.

“What an honor it is to be welcoming Rachel and Mallory back to EKU and our Colonel volleyball program,” Duncan said. “They both had outstanding careers on the court and distinguished themselves as two of the best to ever wear maroon and white. Their passion and loyalty as competitive student-athletes enabled us to achieve success. As I enter my last season as head coach, I’ll be counting on their leadership and experience to help us win an OVC Championship!”

Despite suffering an injury that sidelined her for the majority of her senior season, the Chicago, Illinois native took over the No. 9 spot in all-time career digs with 1,285 in 2017.

“I really am looking forward to being back with the girls and this new team,” Maxwell stated. “Coaching and working with Coach Duncan, Johnna and Rachel to continue the success of our program is a great opportunity that I am honored to be a part of. It will be exciting to experience the coaching side of the program, especially during Coach Duncan’s final season at EKU. It’s going to be an awesome year!”

Maxwell received her bachelor’s of science in occupational science in 2018.