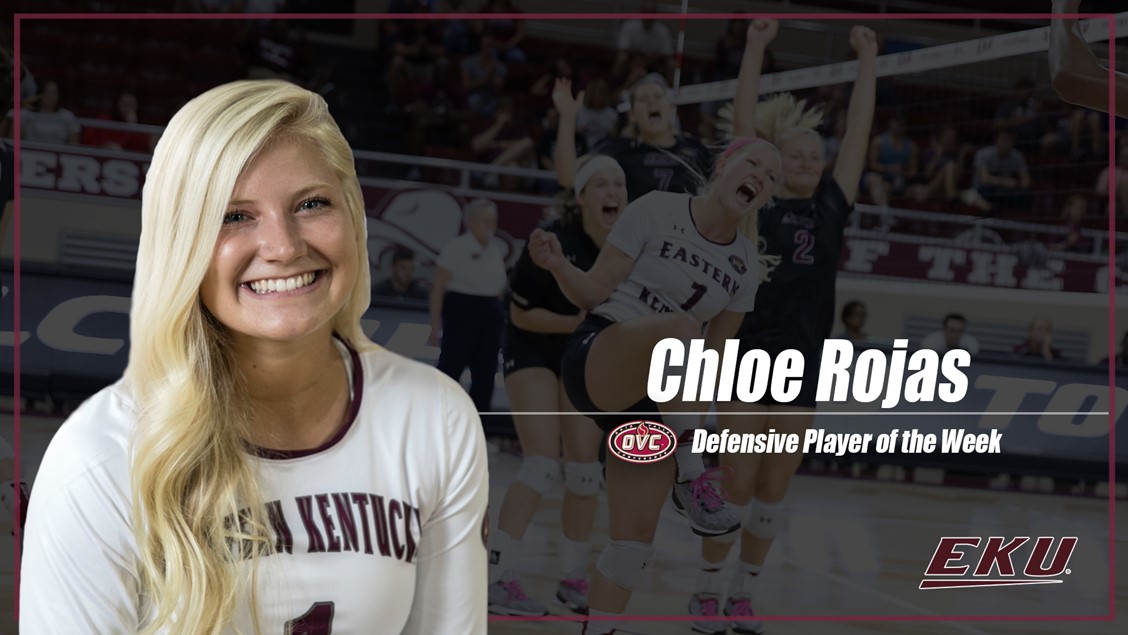 Chloe Rojas was named the Ohio Valley Conference adidas® Defensive Player of the Week on Monday.

Rojas helped the Eastern Kentucky University volleyball team to a pair of wins last weekend over the University of Tennessee at Martin and Southeast Missouri State University.

The junior libero piled up 47 digs for the seven sets (6.71-per-set) and matched her career-high digs (30) on Friday night at the University of Tennessee at Martin to lead all players. This is the second time in three matches she has recorded the number. Rojas led the Colonels with 17 digs on Saturday at Southeast Missouri State.

The St. Charles, Illinois native holds the first place spot in digs in league-only action with 230 (5.75-per-set) and has moved up the list to number four overall with 400 on the season.

EKU will be back in action this weekend as it plays host to Belmont University at 6 p.m.on Friday and welcomes in Tennessee State at 2 p.m. on Saturday.