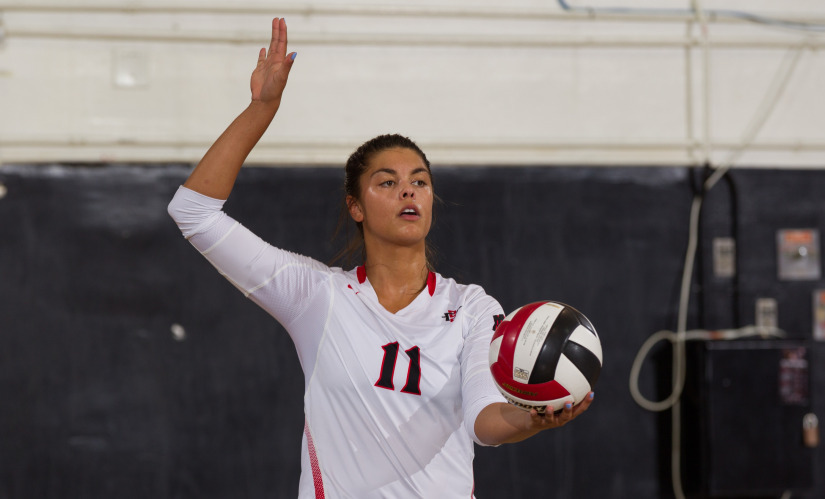 Peoples averaged 12.67 assists per set as SDSU topped Boise State in five sets and Utah State in four. The Beaverton, Oregon, native dished out 62 assists and helped five hitters to double-double digit kill efforts against the Broncos. The freshman also added four digs, two blocks and a kill in the home win. Peoples then turned in 52 assists to go with two kills and an ace against the Aggies.

For her part, Pritchard notched 4.89 digs per set in the victories. The senior pulled up a career-best 33 digs against Boise State and added 11 saves against Utah State. The Temecula, California, native also made good on all of her reception attempts, including a perfect 34-for-34 effort against Boise State. 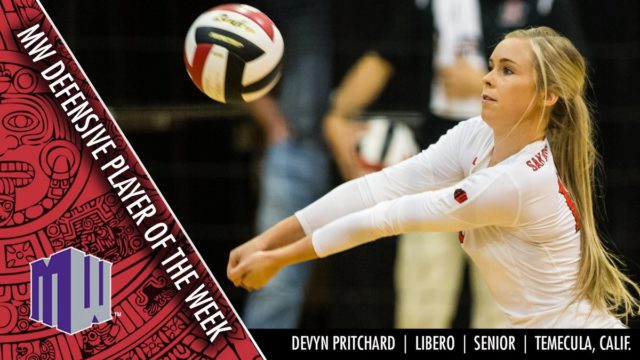