Ed Allen Steps Down As Alabama Head Coach, Freeburg to Serve as Interim 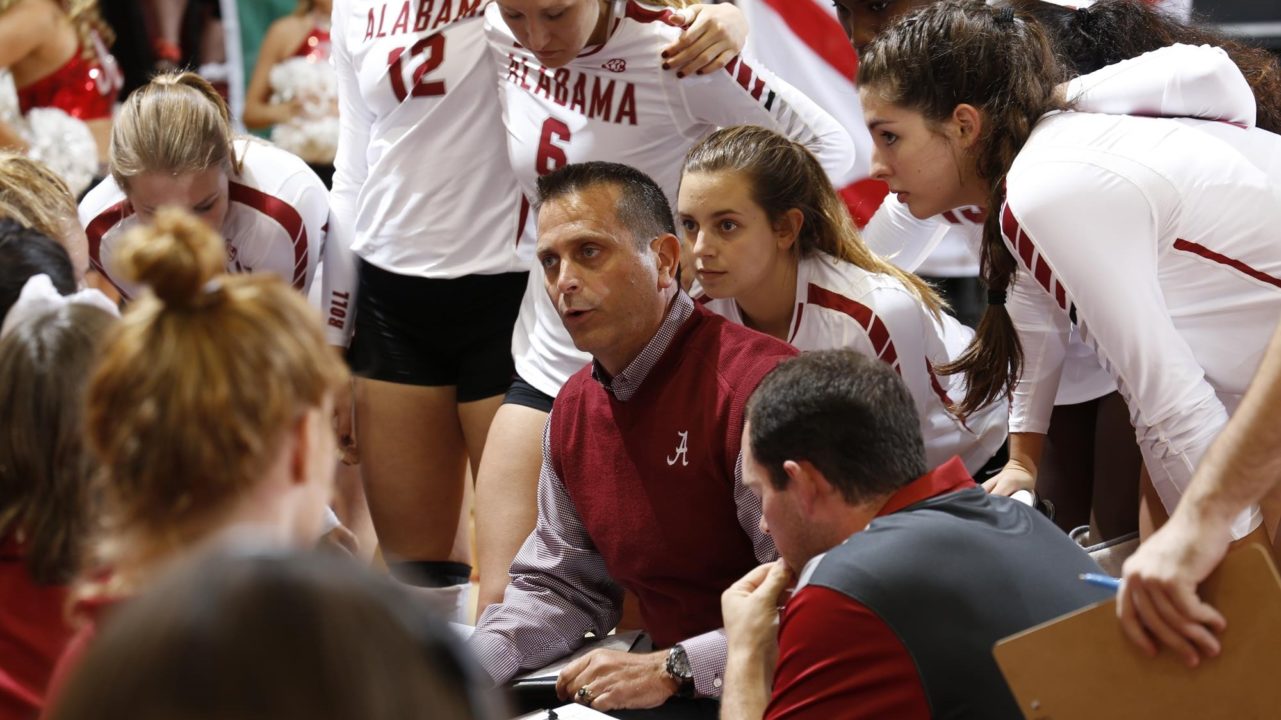 TUSCALOOSA, Ala. – Alabama volleyball’s Ed Allen has decided to resign from his head coaching position, effective immediately. Assistant coach Ryan Freeburg will serve as the interim head coach for the duration of the season.

“I have decided that it is in the best interest of Alabama volleyball for me to step down as head coach,” Allen said. “Coaching is something that I remain passionate about, however I do feel that this is the correct decision to make at this time. I am certainly proud of the things we were able to accomplish over the years, and I wish the program the best in the future.”

“We accepted Coach Allen’s letter of resignation this morning, and we thank him for his service to The University of Alabama,” said Alabama Director of Athletics Greg Byrne. “We wish him well in his future endeavors.”

Under Allen’s direction, the Tide posted three 20-win seasons and captured its first NCAA tournament victory in 2014. That year, Alabama also set the school record for wins in a season with 26.

Individually, Allen has coached eight All-Americans and five Academic All-Americans throughout his tenure as a head coach and had multiple student-athletes set program records under his watch. Overall, he has coached 63 all-conference performers and eight conference player of the year selections.

A national search will begin immediately for the Crimson Tide’s next head coach.

VolleyMob Note: Alabama is 18-10 in 2018, including a 5-9 mark in SEC play good for eighth place. The Crimson Tide began the season with a 12-1 non-conference record. Including Saturday’s 3-0 loss at Kentucky, Alabama has lost four matches in a row. Remaining on the slate are road matches vs. Mississippi State and Ole Miss and home matches against Texas A&M and Arkansas.