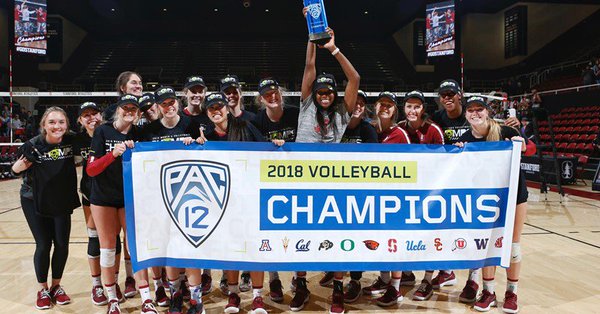 STANFORD, Calif. – The No. 2 Stanford women’s volleyball team captured its 18th Pac-12 championship with a sweep over Oregon State, Friday, at Maples Pavilion.

The Cardinal (24-1, 16-0 Pac-12) left no doubt even without reigning national player of the year Kathryn Plummer, who did not play Friday. Stanford pushed its win streak to 22 and its nation-best home winning streak to 31.

Libero Morgan Hentz flew all over the court, racking up 20 digs in the sweep. The junior accounted for more than half of the team’s total digs (39).

Stanford travels to the Pacific Northwest to take on No. 19 Washington State on Friday, Nov. 16 and No. 25 Washington on Sunday, Nov. 18.