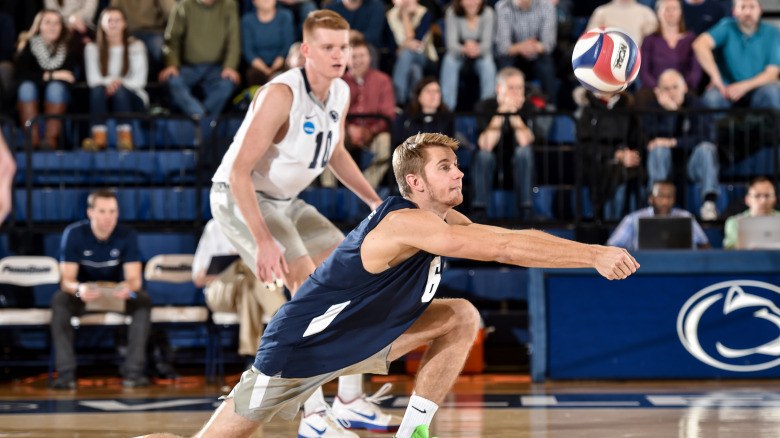 The 2018 Men's NCAA season is rapidly approaching, with the EIVA ready to bring in some tough competition throughout the league.  Current Photo via Mark Selders

The 2018 Men’s NCAA season is rapidly approaching, with the EIVA ready to bring in some tough competition throughout the league. Despite the preseason coaches poll leaving Penn State as the unanimous #1 in the league, some of the teams toward the end of the pack could make a strong impact throughout the year, such as #6 NJIT or #5 Harvard.

Penn State will lose something big in Chris Nugent, as he posted 321 kills in the 2017 season for an average of 3.18 kills per set. For George Mason, they lost their leading scorer in Jack Wilson who recorded 4.11 points per set.

#1 Penn State: The Nittany Lions return a number of their top players for the 2018 season and have set themselves up for some top-of-the-line non-conference play as they will face UCLA and USC in the Pac 12/Big Ten Challenge in Los Angeles.

#2 Princeton: Princeton was selected as the #2 team in the EIVA for the preseason, and have set themselves up with strong west coast teams in USC, Long Beach State and Stanford to open their 2018 campaign.

#3 George Mason: For George Mason, they have a steady opening before the Uvaldo Acosta Invitational where they are set to take on Pepperdine and Ball State with #1 Ohio State waiting just days after the invite.

#4 Saint Francis: Saint Francis begins their season with a four-match slate on the west coast that will feature Stanford and Long Beach State. After that, they sprinkle in a few MIVA competitors, including the defending national champions, Ohio State.

#5 Harvard: The Crimson don’t stray too far away from their EIVA roots in the 2018 season, as they keep the majority of their matches on the east coast. A few matches here and there are outside of the conference, including their start to the season.

#6 NJIT: NJIT will spend a decent amount of time on the west coast to begin their 2018 season, but won’t leave the east coast after the first three weeks of play. They have a rounded team returning and could make waves on the conference this coming season.

#7 Sacred Heart: After making the EIVA Tournament for the first time since 2010, Sacred Heart is ranked #7 in the preseason EIVA poll.

#8: Charleston: Charleston’s main competitors in 2018 will be EIVA opponents, with their strongest non-conference foe being #1 Ohio State early in February.