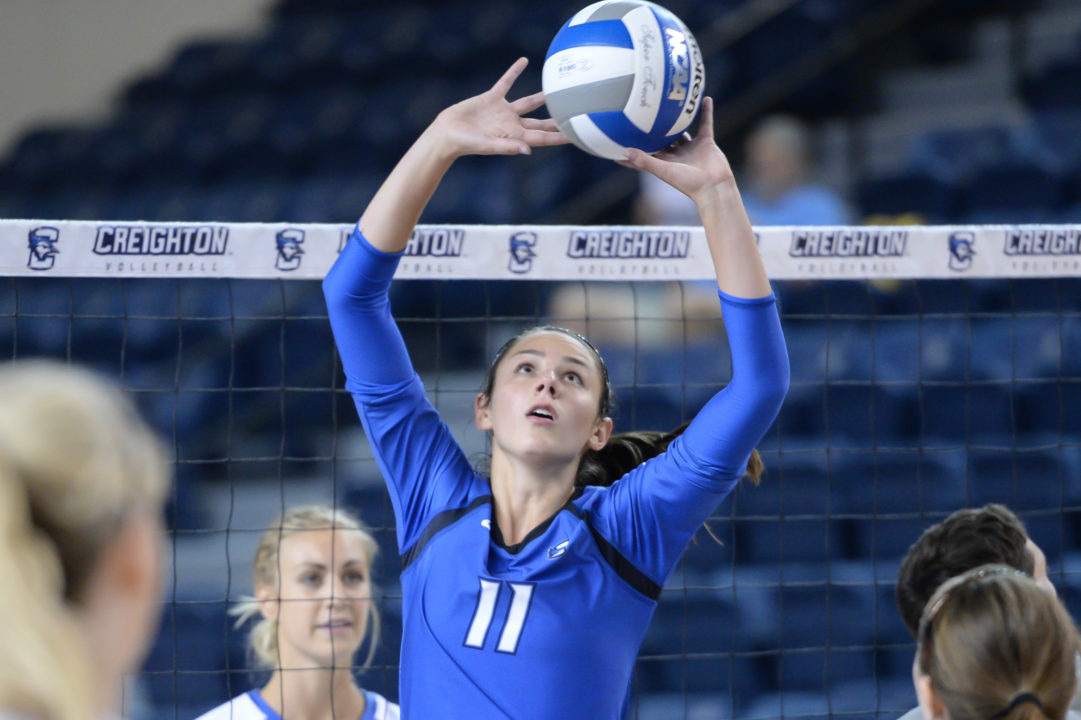 Former Creighton backup setter Jaclyn Taylor won’t have to go far to start a career at her new school as the transfer is heading to University of Nebraska-Omaha for 2018. Taylor will be a redshirt sophomore in 2018 with three years left of play for Omaha.

Excited to announce I am transferring to the University of Nebraska – Omaha to continue my volleyball career! @OmahaVB #GoMavs ❤️?

Taylor joined Creighton in 2016 as a highly-touted recruit from St. Charles, Illinois. She redshirted in her first season with the BlueJays and saw limited action in 2017 as she appeared in 20 matches and 32 sets for a 26-7 ranked Creighton squad. Her most meaningful playing time came when Creighton’s starting setter Lydia Dimke was injured, as she was part of a setter rotation and logged 10 assists vs. a ranked Iowa State bunch.

While Dimke regained the starting role when she was healthier and Kenzie Crawford got some action there, both were seniors and graduate. That would lead one to believe Taylor had a big opportunity ahead this season, but it was junior Samantha Bohnet who switched from a defensive specialist role to setter in Dimke’s injured matches and got the majority of play with over 20 assists in each. Of course, there could be other internal reasoning for the move as well.

Her new school, Omaha is coming off of a 10-18 season in the Summit League but lose just two players to graduation next season. Specifically at the setter position, Omaha had two in 2017 with starter Sydney O’Shaughnessy one of two seniors, leaving a hole open for Taylor to get early playing time.