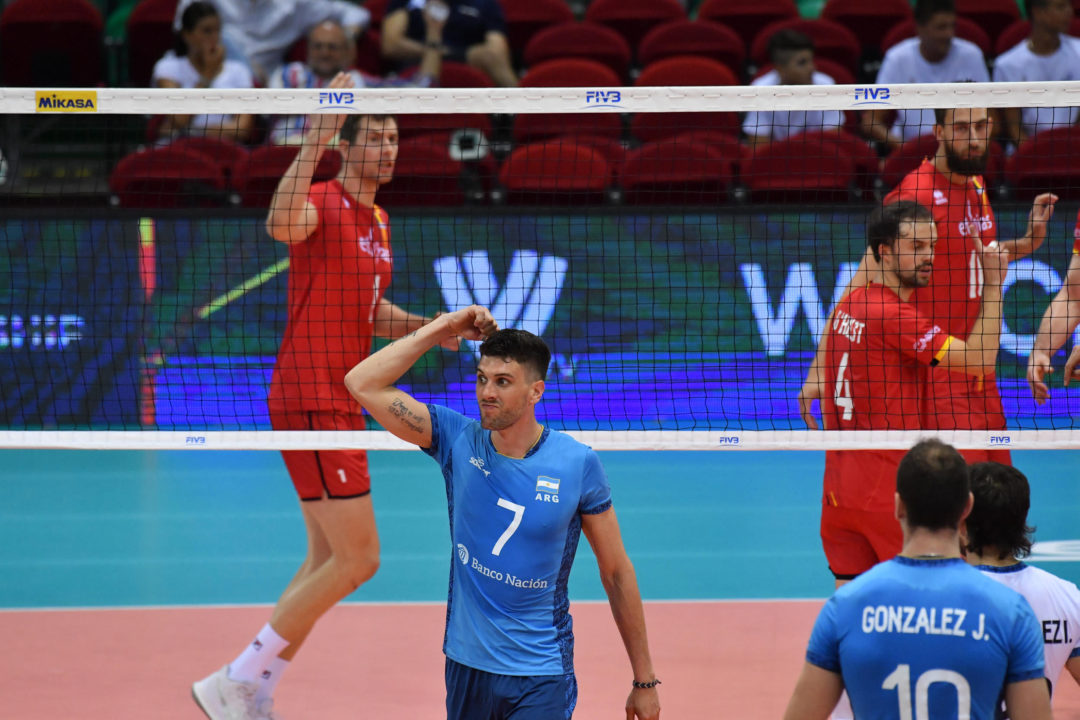 There was only one advancement through to the finals still up for grabs on the final day of the 1st... Archive Photo via FIVB

There was only one advancement through to the finals still up for grabs on the final day of the 1st round of the 2018 FIVB Men’s Volleyball World Championship, and while Japan took a tournament-closing win over Argentina, Argentina got the sets that they needed to clinch their position.

Coming into the match, Argentina needed to win a minimum of 2 sets, regardless of final outcome, to move on. Anything less than that, and Japan would take the 4th position and advance.

Argentina won the opener, but Japan took the next two (including a 32-30 outcome in the 3rd set to stay alive). Argentina  then took the 4th set 25-20, and while they continued to play their starters, the pressure was off, and Japan took the consolation of the match.

There was still plenty of wrangling to be done over positions, too (see the scenarios coming into the day).

As the match with the most riding on it, this match lived up to its billing. Besides the tournament implications, there were two players in the match who hit 30 points: Facundo Conte of Argentina and Yuji Nishida of Japan. This match marked the first time in the rally-scoring era that two players have cleared 30 points in the same match.

Argentina came into the tournament on an emotional high after sweeping the US in a series of 3 friendlies (even if it wasn’t a full-strength American squad). That was part of an intense tuneup for the tournament by the Argentines.

This marks the 6th-straight World Championship tournament in which Argentina has advanced out of the first round, dating back to 1994. Their highest finish in that run was 6th in 2002.

A player who hits 30-for-36 and racks up one of the highest-scoring game in World Championship history in an elimination match is the rarest of cases: a Player of the Day award to a losing side. He hit 83% on 36 swings. That’s an unheard-of rate at this level of volleyball. Especially considering that he hadn’t played super well coming into the match – the output lifted his tournament performance from 42.6% hitting to 55.9% hitting.

Conte is 29-years old, and has spent a decade on the Argentina National Team. He’s a veteran, and a pro, and stepped up when a young team needed a veteran presence with an all-time performance.

Stats Leaders – After End of Preliminary Round