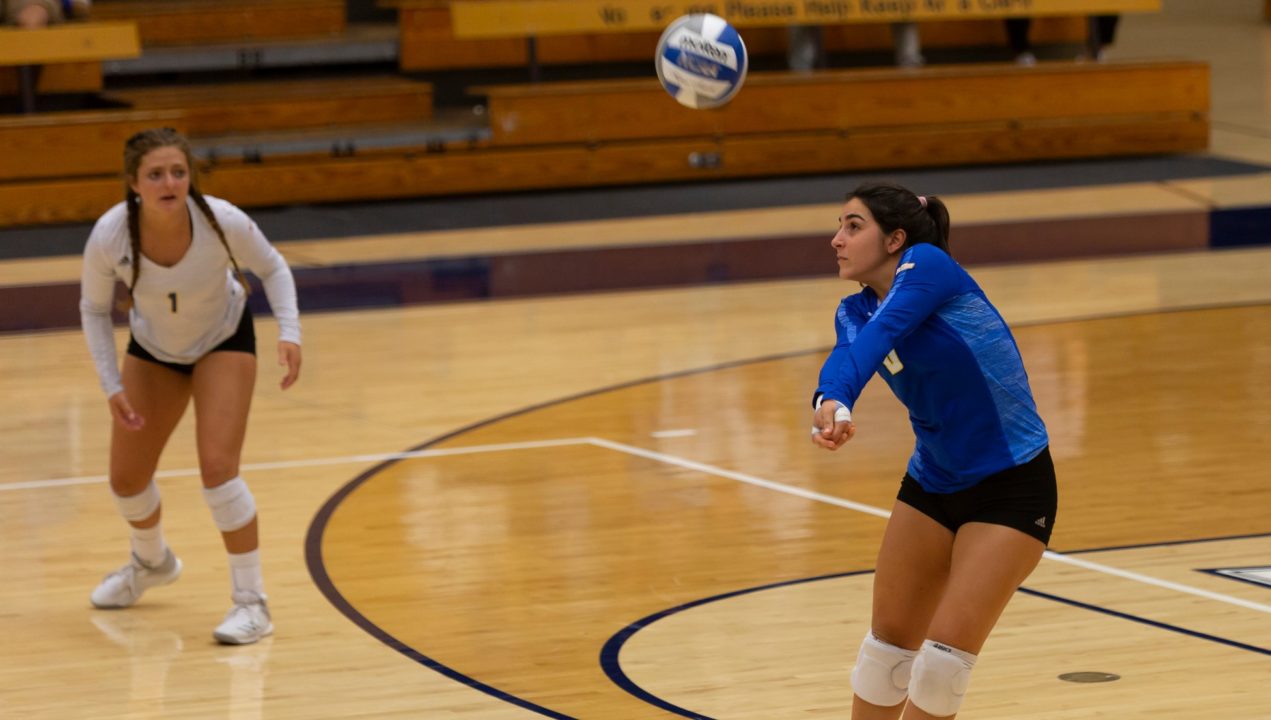 As part of her team’s 3-0 sweep of conference foes CSUN on Tuesday evening in The Thunderdome, UCSB senior libero Emilia Petrachi broke the school’s all-time records for digs.

Petrachi, a native of volleyball mecca Modena, Italy, finished the match with 15 digs, which gave her 1,750 for her career. That run includes 90 double-digit performances and leading the team in digs in 86 of 102 career matches.

“This school has had so many great players at the top of this list. I’m thinking, ‘Wow, do I deserve this even?'” Petrachi said. “I still can’t comprehend what this entails, really, but it’s such an honor.

“I was very anxious. I thought, ‘What if I don’t get it?’ And when I got it, I could kind of relax. It’s great. It’s awesome. I’m still in shock. When I got off the court, [head coach Nicole Lantagne Welch] gave me a high five and shook my hand, and then I knew, this is happening. It’s not a dream.”

The old record belonged to Leah Sully, who broke the record in the final regular season match of her career in 2013 before extending it with 16 more in the opening round of the NCAA tournament that year. That was the last time the Gauchos earned a spot at the NCAA Championship tournament.

Petrachi was the Big West defensive Player of the Week last week, still shy of the record, after recording 55 digs in 2 matches. The record-setting bump on Tuesday evening was a fairly nondescript effort – a simple pass off a soft lob shot. But, with that 8th dig of the night, she passed Sully.

Petrachi has averaged at least 4.60 digs in every season of her career at UCSB thus far. That includes 4.75 digs/set so far this season. Her current pace would have her finish somewhere north of 1,900 career digs, which would give her a shot at 4th-place in the all-time Big West career standings. Pacific alum Julie Maguf (2004-2007) currently ranks 4th in conference history with 1,906 career digs.