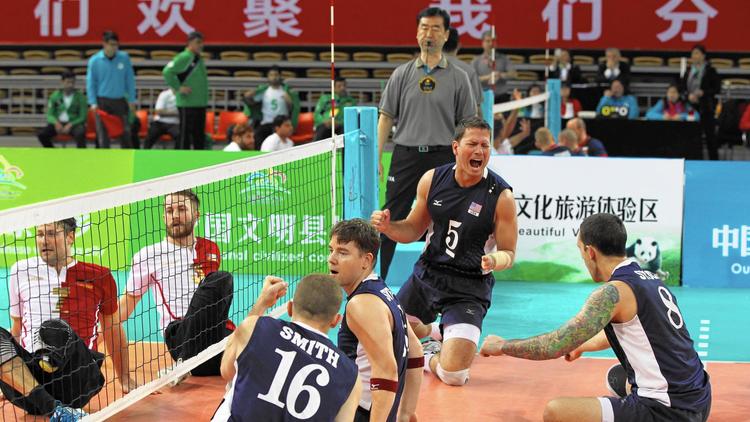 Veteran United States Sitting Volleyball player Eric Duda has been named the new head men’s volleyball coach at Life University. The school, which is located in Marietta, Georgia, added men’s volleyball for the 2017/2018 school year due in large part to a grant from Motor MVB. Men’s volleyball will be the seventh men’s sport sponsored by the school.

“I couldn’t be happier to have Eric join our staff,” Life University Athletic Director Jayme Pendergast said. “Eric impressed us with the breadth of his volleyball experience, and his focus on growing and mentoring student-athletes. Eric is a great fit for Life University and will help build the Life U brand nationally as the sport takes off in the NAIA landscape.

In addition, he has been a regular on the United States Sitting Volleyball team since 2003, competing in the Paralympic Games in 2004 and 2016. In 2014 he was named “Male Sitting Player of the Year”.

Duda is looking forward to the opportunity and challenge of starting the new program. ““I am excited for the opportunity to begin men’s volleyball at Life University,” Duda said. “With its top-notch volleyball facilities and administrative support, the future looks very bright for this program. I look forward to helping grow the men’s game and bring collegiate volleyball to the Atlanta region.”