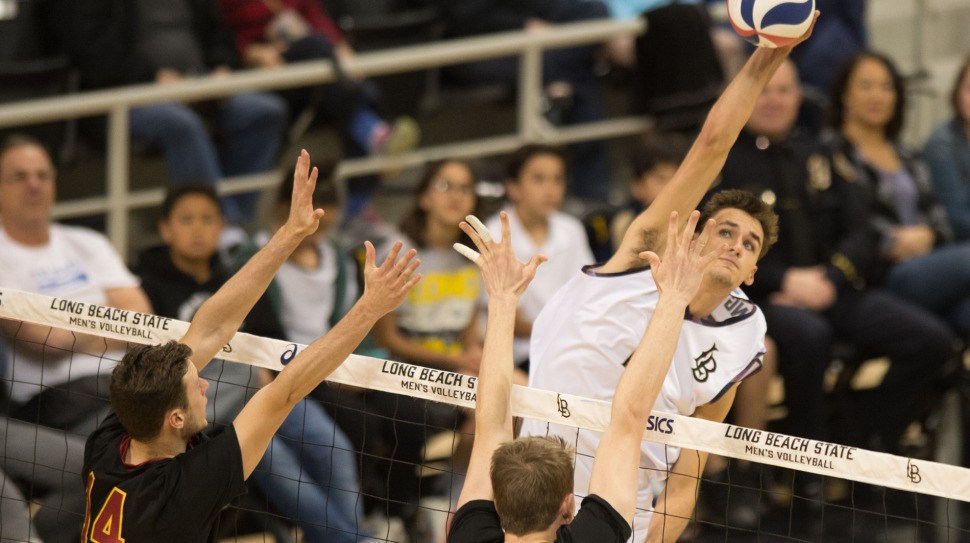 ONE WEEK 'TIL SEASON… Get ready w/ the top 5️⃣ things you need to know about #BWCMVB! Here's your #Big5 ✋?

~ 2017 highlights plus 2018 outlook: 27-4 (16-2 MPSF), lost to BYU in the national semifinals. Long Beach State returns their top three players in T.J. Defalco, Josh Tuaniga, and Kyle Ensing, but they will need to find pieces to replace recently graduated seniors Andrew Sato, Bryce Yould, Amir Lugo-Rodriguez, and Andrew Whitt. Simon Anderson, Nick Amado, Bjarne Huus, and Louis Richard are all expected to play a major role for the 49ers in 2018.

~ 2017 highlights plus 2018 outlook: 27-6 (14-4 MPSF), lost to Ohio State in the national semifinals. The Rainbow Warriors have a huge hole to fill by recently graduated setter Jennings Franciskovic. Joe Worsley saw some action in 2017 and is expected to see the majority of the time in 2018. Stijn van Tilburg, Larry Tuileta, Patrick Gasman, Rado Parapunov, Brett Rosenmeier, and Austin Matautia all return from a strong 2017 team, while Gage Worsley, Max Rosenfeld and Jake Meyer headline a strong freshman class. Hawaii hosts three tournaments throughout the year and will continue to play double home and double road contests during league play in 2018.

ROUNDING OUT THE FIELD:

~ 2017 highlights plus 2018 outlook: 10-16 (5-13 MPSF).  The Gauchos lose a majority of their 2017 offensive production in the graduation of Jacob Delson, as well as their defensive anchor in libero Parker Boehle. But the young team will rely on Hayden Boehle, Keenan Sanders, Henri Cherry, and Corey Chavers to turn the tide from a rough 2017 season.

~ 2017 highlights plus 2018 outlook: 10-16 (5-13 MPSF). The young Tritons team will roster 10 freshman and two redshirt freshman for the 2018 season. They will look to Tanner Syftestad, Milosh Stojcic and Ryan Lew for leadership and experience as they navigate a tough Big West conference.